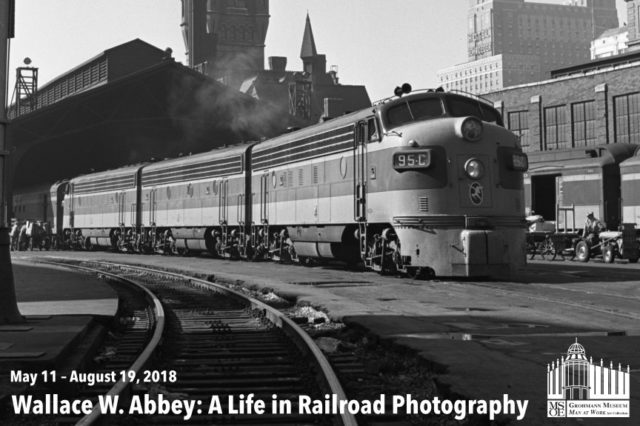 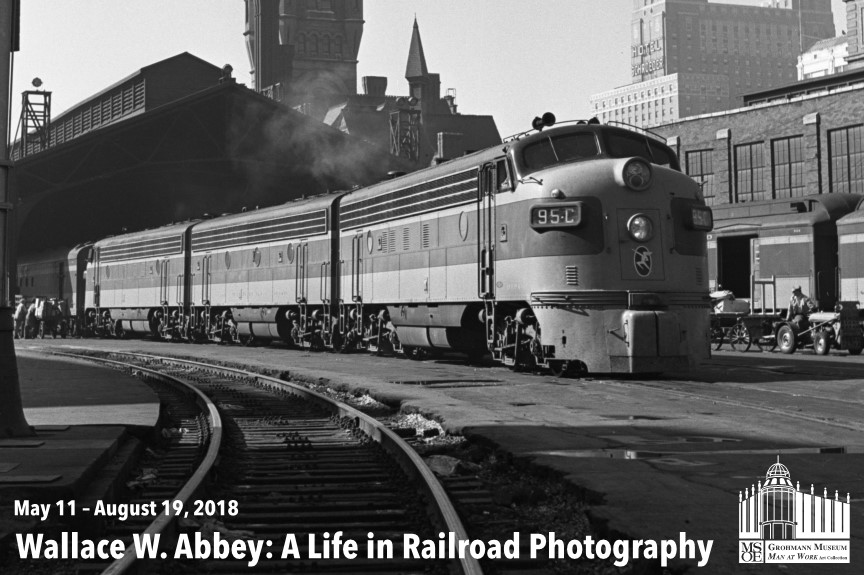 Wally Abbey’s voice is essential in telling the story of American railroading in the latter half of the 20th century. As a journalist, author, historian and railroad industry communications executive, he helped a wide variety of constituency groups understand and appreciate what was omnipresent in the nation’s life: a world of locomotives, passenger trains, big-city terminals, small-town depots, along with the hundreds of thousands of people who called themselves railroaders. His command of the subject had roots in his early years as an apprentice railroader and a young reporter, experiences that would inform all his later work in magazines, books and corporate communications.

The Center for Railroad Photography & Art (railphoto-art.org) and the Grohmann Museum at Milwaukee School of Engineering (grohmannmuseum.org) have collaborated to present this exhibition, which features more than 40 outstanding photographs from the Center’s Abbey Collection. It is presented in conjunction with the release of the new book: Wallace Abbey: A Life in Railroad Photography by Kevin Keefe and Scott Lothes.

The Gallery Night will include a lecture and book signing
with Kevin Keefe and Scott Lothes.

Don’t miss out on this FREE event!