David Louis At The Laughing Tap: In-Person And Live Stream!!

David Louis At The Laughing Tap: In-Person And Live Stream!! 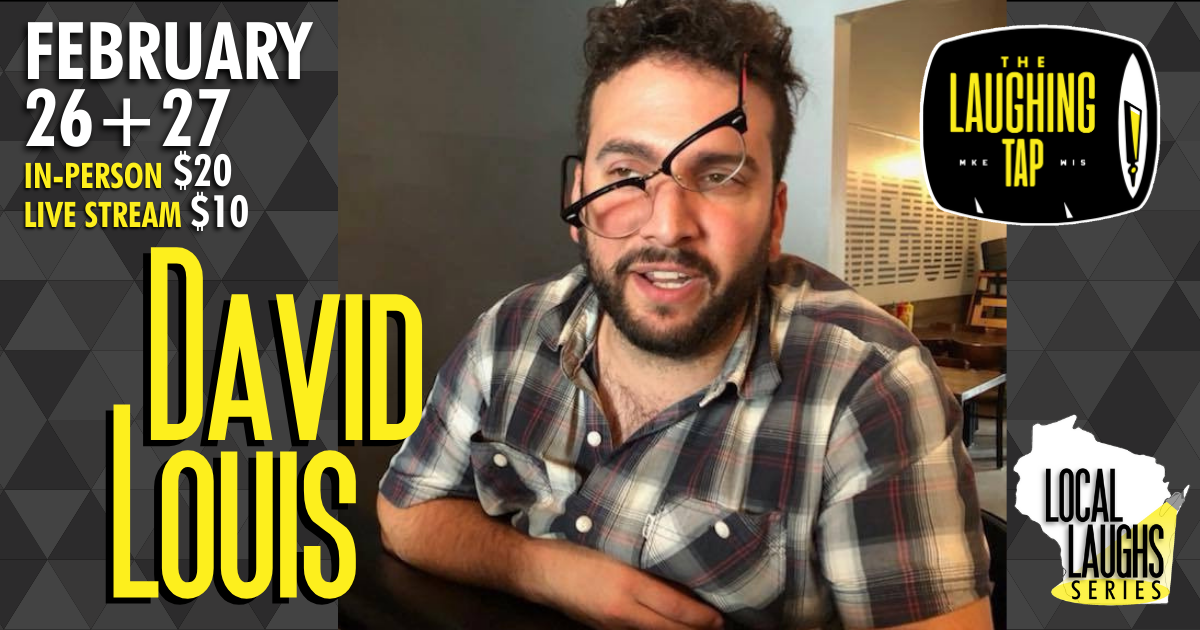 Tickets are $20 in person with limited seating or Live Stream for only $10!

Live stream details! The link to watch the show will be emailed to you the day of the event (check your spam folder!). Tickets are ONLY $10 per household and the live stream show will start at 8pm CST (with the camera turned on a few minutes before so you can get comfy!)