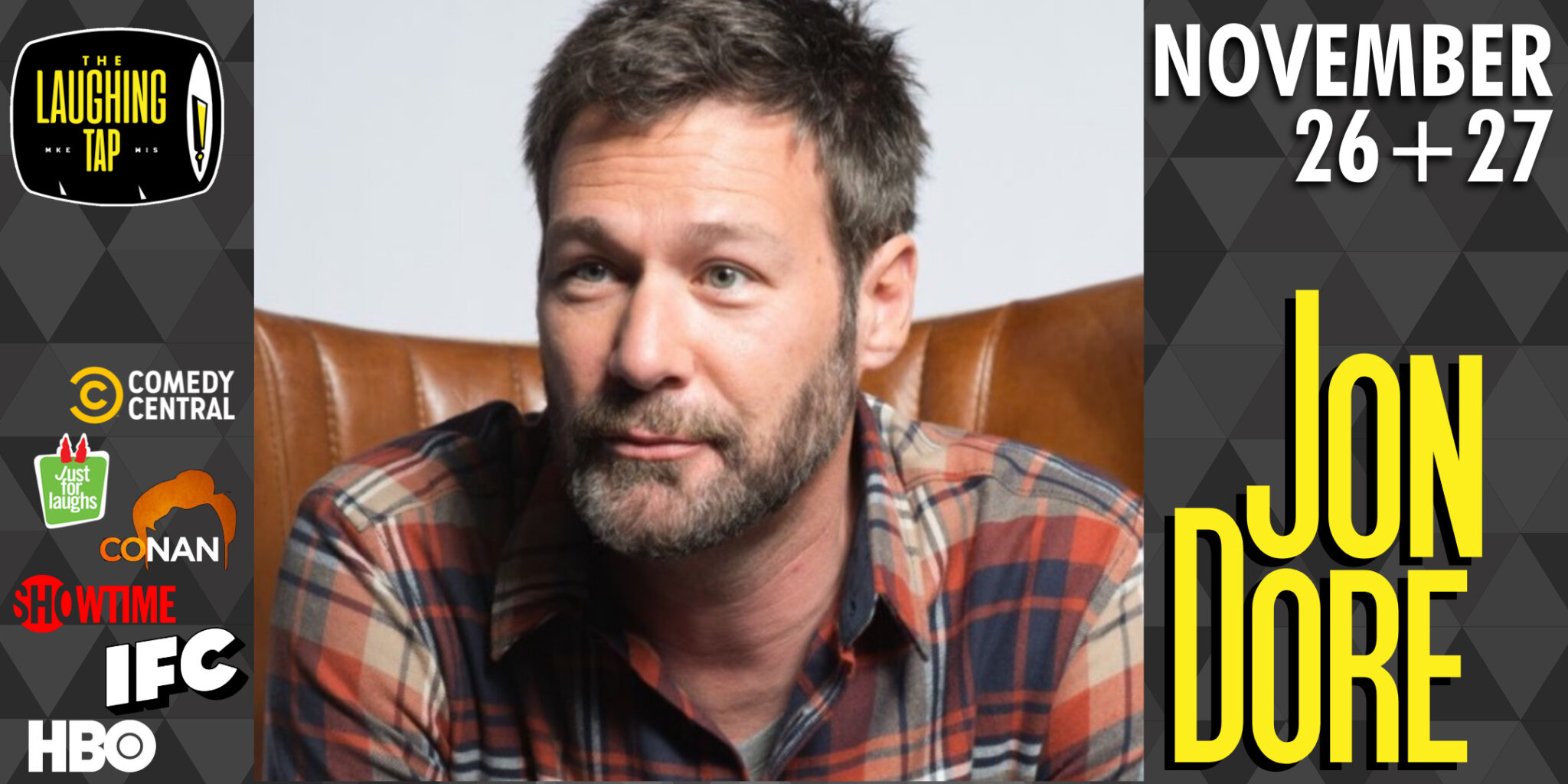 Jon Dore is a talented Canadian writer and actor that has infused his comedic abilities into numerous hit television shows and films. In addition to recently wrapping his stand-up special for Comedy Central, he was the series lead in the CBS Pilot THE HALF OF IT, played a memorable guest star role on CBS’ Emmy Award-winning hit series HOW I MET YOUR MOTHER, and played a lead role on ABC’s HOW TO LIVE WITH YOUR PARENTS. Dore has had multiple guest appearances on CONAN, BARONESS VON SKETCH SHOW, @MIDNIGHT, INSIDE AMY SCHUMER and HART OF DIXIE. His film credits include CORPSE TUB, STAG, TEEN LUST, THE PICKLE RECIPE opposite Lynn Cohen, and the indie film GUS. In addition to acting, Dore has an impressive writing resume that includes The Comedy Network’s THE JON DORE SHOW, CBC’s JUST FOR LAUGHS, and HBO’s popular FUNNY AS HELL. You can also see Jon host eight episodes of THE STAND UP SHOW on the Comedy Network from July 2019’s Just for Laughs Comedy Festival in Montreal.

The Laughing Tap will require proof of vaccination or a negative Covid test to attend our shows starting September 17th, 2021. This policy is for the safety of our guests, comics, and staff, and is inline with other venues in Milwaukee.

If you have purchased tickets to an upcoming show and are unable to attend because of this policy change, please contact us via [email protected] and we will grant a full refund of your ticket purchase.