Michael Palascak At The Laughing Tap!!

Michael Palascak At The Laughing Tap!! 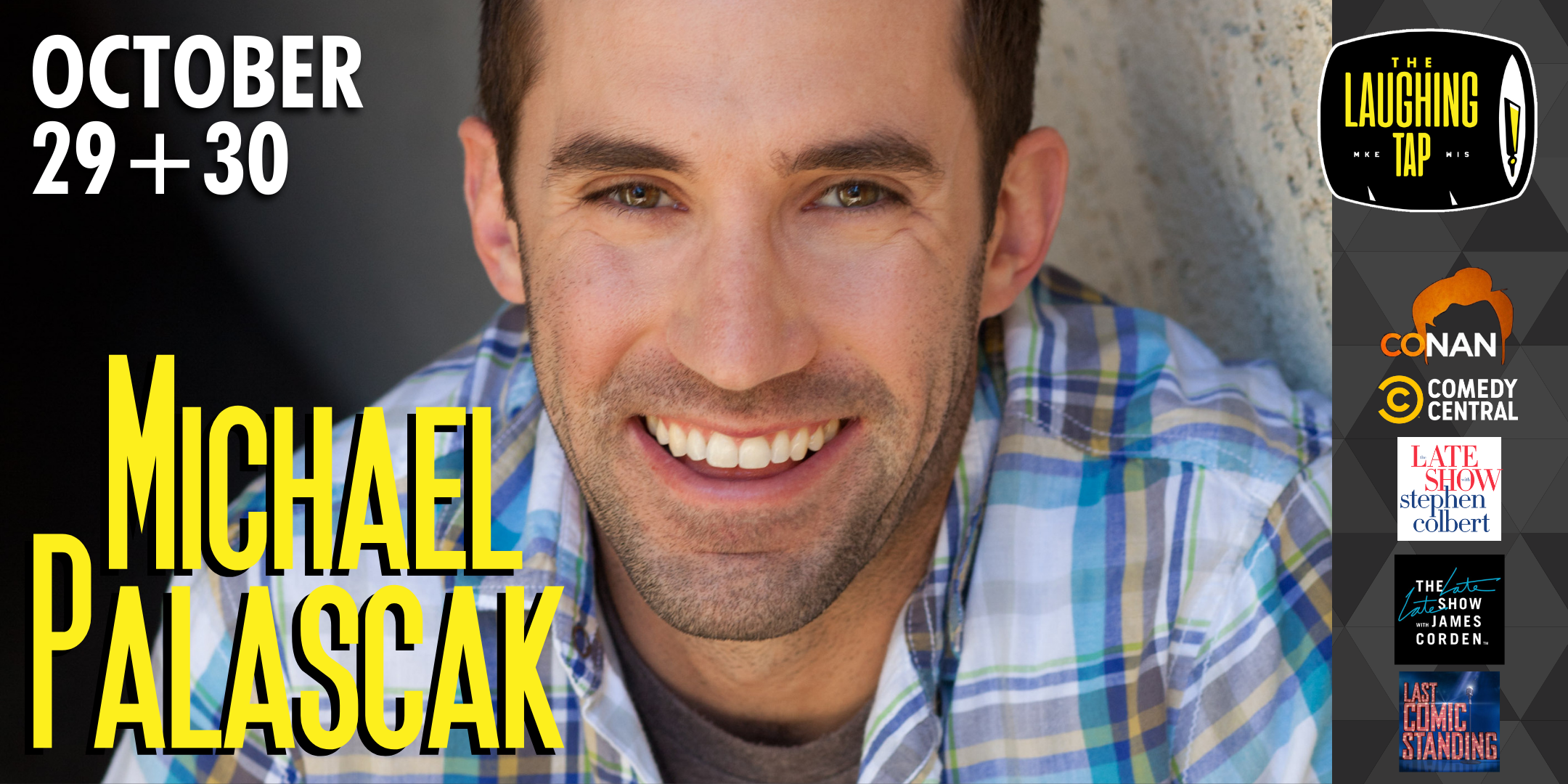 Michael Palascak is a comedian who grew up in Indiana and now lives in LA. He performed on both The Late Late Show with James Corden and The Late Show with Stephen Colbert in the same year. He has over 1 million views on YouTube. In addition, his resume includes A Little Late with Lilly Singh, The Tonight Show, Letterman, Craig Ferguson, Conan, has a Comedy Central Half Hour special, and was a Top 5 Finalist on Last Comic Standing where one judge claimed, “My first impression of Michael was a great likability. This is a guy that could star in a sitcom.” Michael’s likability allows him to relate to his audiences in a real way which sets up the huge laughs he gets from his sharp, personal material. Consistently writing and performing, this summer Michael released both a new album— The Internet Live through 800 Pound Gorilla and a new stand-up special on the Dry Bar app— 1984. Available for free streaming. Drew Hunt of The Chicago Reader wrote about Michael, “In a lot of ways, he represents the ideal antidote to the sort of unbridled cynicism that pervades much of contemporary stand-up.” Michael’s optimism continues in the new National Lampoon series — The Bright Side where he takes a positive stance on a negative topic streaming on YouTube.

Covid-19 UPDATE (in effect as of 9/17/21):
The Laughing Tap will require proof of vaccination or a negative Covid test to attend our shows starting September 17th, 2021. This policy is for the safety of our guests, comics, and staff, and is inline with other venues in Milwaukee.

If you have purchased tickets to an upcoming show and are unable to attend because of this policy change, please contact us via events@milwaukeecomedy.com and we will grant a full refund of your ticket purchase.