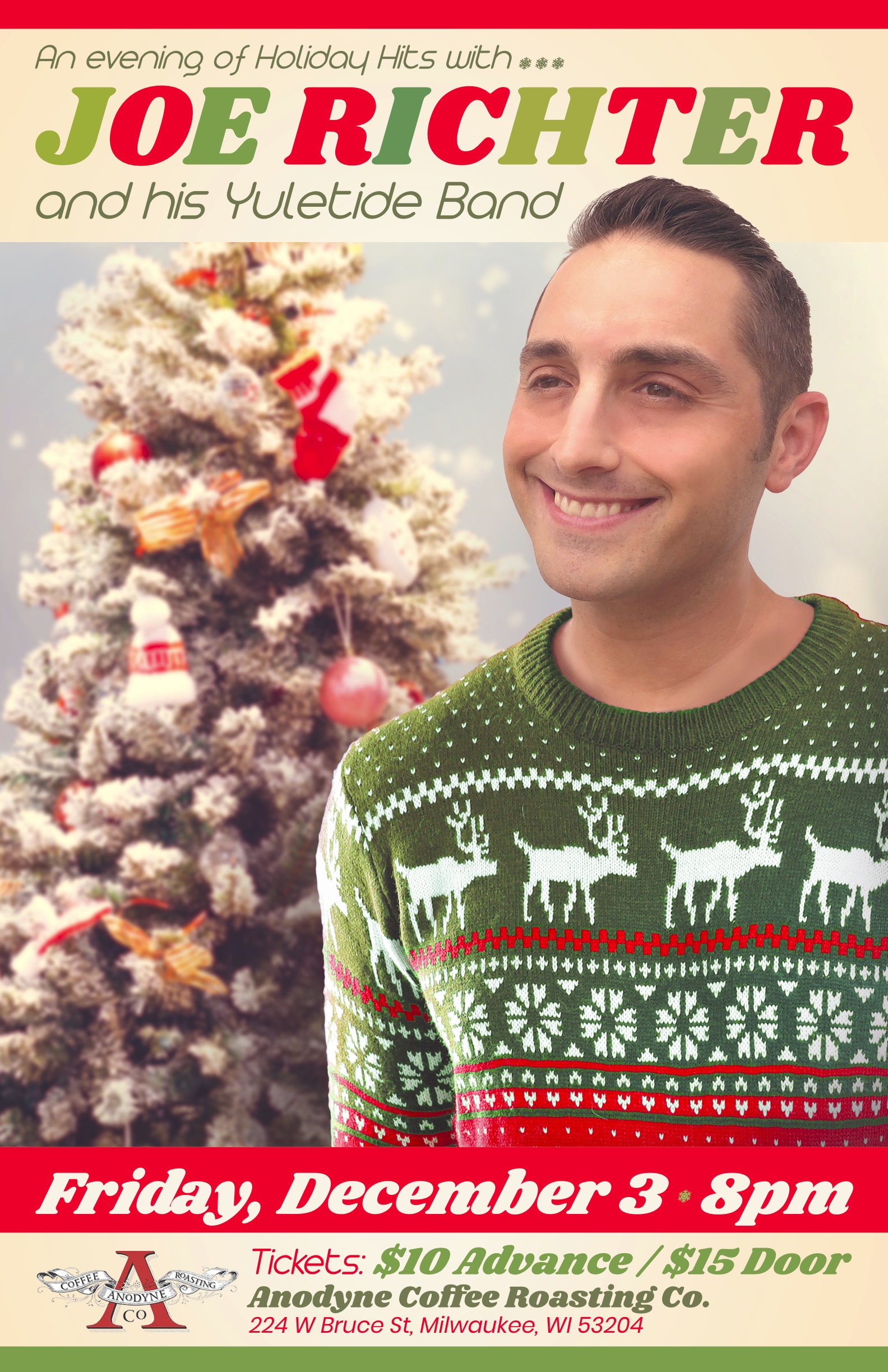 Jumpstart your holiday cheer with an unforgettable night of classic holiday tunes presented by Joe and the band. You’ll leave feeling all the warm and fuzzies that are bound to set you up for a season filled with joy!

Joe Richter sings from the heart, emotes his truth with sweet melodies and telegraphs no pretensions in his approach to the microphone. He loves the songcraft of his musical idol Billy Joel as well as Bruce Springsteen. Richter’s early inspirations included Marc Cohn, John Mayer, and Ryan Adams.

Richter’s first-ever full-band recording “Revival” showcases the sound he envisioned when entering the studio in 2017 with some of Milwaukee’s finest session players. Joe’s Milwaukee music pal Willy Porter lends solo guitar support on the lead single “Happy Tears” that dropped prior to the album’s release.

Richter released a solo acoustic album in 2012 entitled “Grace.” The title track of that EP was taken from a recording session in Nashville, TN at Castle Recording Studios in 2008.

In 2017, Joe debuted as lead vocalist in the Daryl Stuermer Band performing the songs of Genesis and Phil Collins. Stuermer has been a member of the Genesis and Collins touring bands for decades.

Joe has applied himself tirelessly to gigs around southeast Wisconsin performing his own material, as well as in demand covers – both as a solo acoustic performer and with his band.