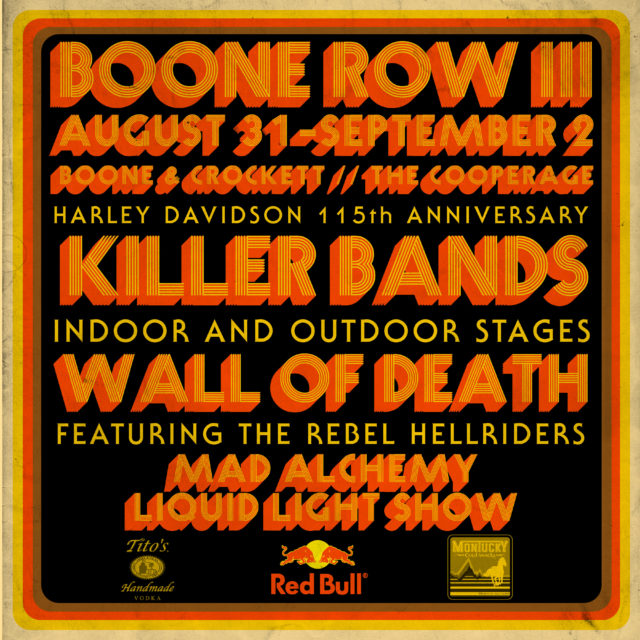 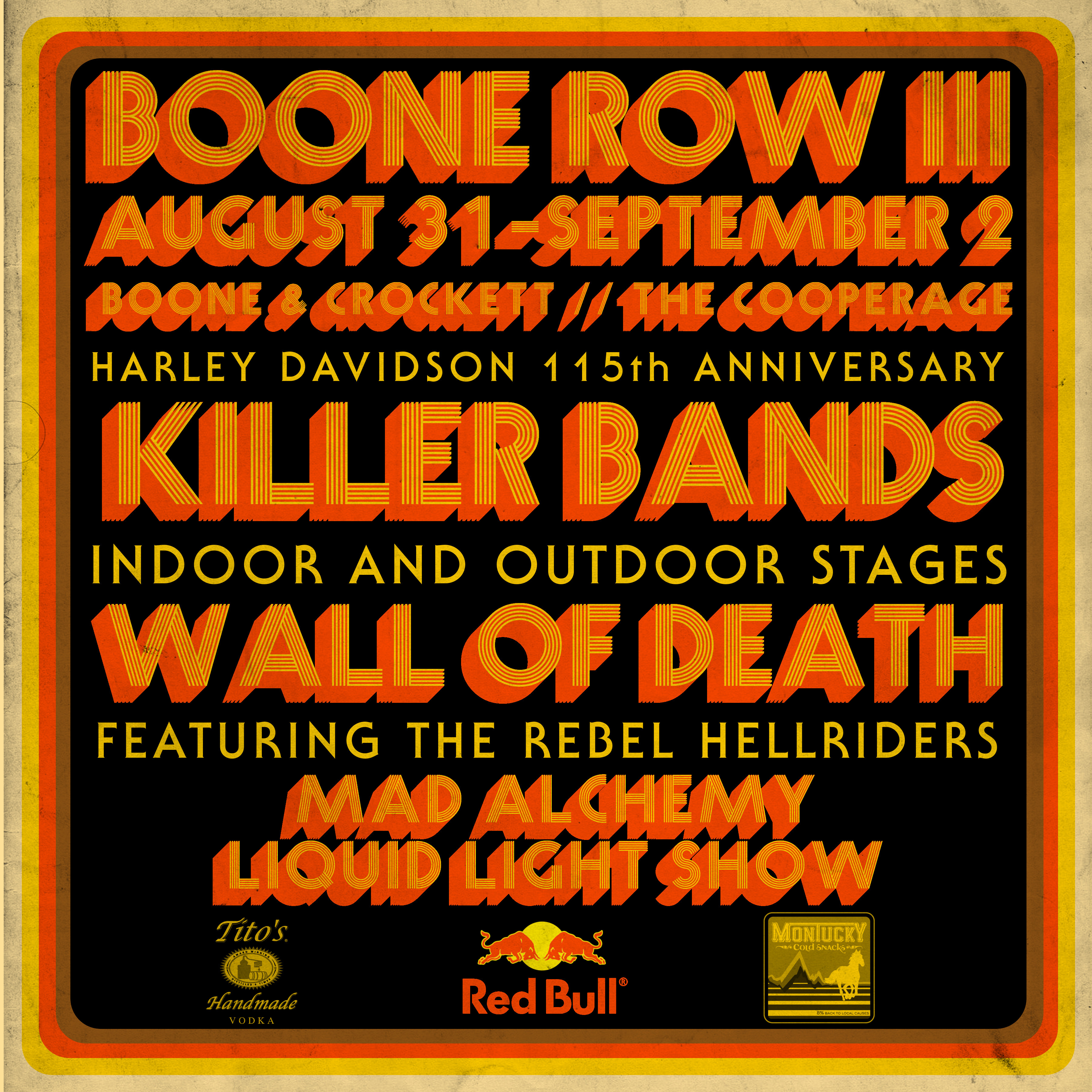 From Friday, August 31st to Sunday, September 2nd, BOONE ROW returns for the third year at the new Boone & Crockett location (818 S. Water st) with a stellar lineup of bands from around the country AND the Mad Alchemy Liquid Light show from San Francisco, CA. This years festival is centered around the Harley Davidson 115th anniversary and is sure to be one of the premiere events of the summer.

Boone Row began in 2016 as a rowdy (but intimate) one-night stand at the original Boone & Crockett location on KK, which celebrated motorcycle riding culture through heavy metal and classic film screenings.

The new Boone & Crockett space boasts a huge lot right on the harbor with plenty of bar space to accommodate a larger crowd than in the past. Because of this, this year’s festival will have both an outdoor stage that will feature Rebel Hellrider’s WALL OF DEATH and vendors in the parking lot AND an indoor stage for premiere night shows. The musical lineup consists of insane national bands such as LUMERIANS from Oakland, CA, TELEKINETIC YETI from Dubuque, IA, local staples SLOW WALKER, MOON RATS, MISSISSIPPI CACTUS and many many more. All indoor shows at The Cooperage will be accompanied by the best liquid light show in the entire country, Mad Alchemy.

For any other inquiries contact AL KRAEMER at 608-963-1761 or Kraemericus@gmail.com