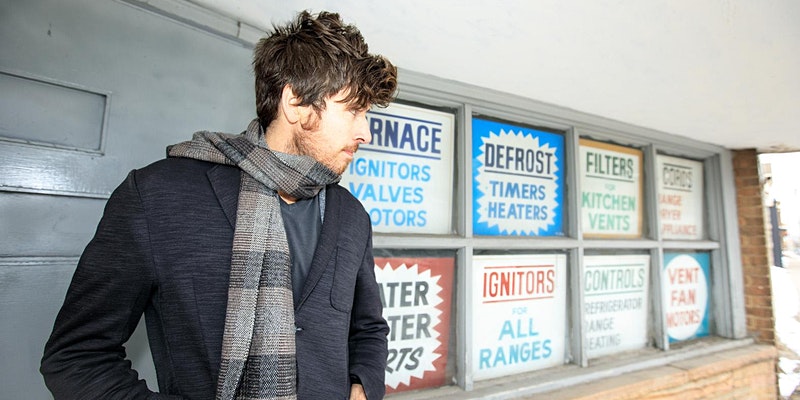 $20 Doors at 7pm/ Showtime 8pm (advance sales until 3pm day of show, then tickets available at the door if available).

BRETT NEWSKI is an alternative songwriter, illustrator and podcaster based in Milwaukee, WI, USA. He has been featured on Rolling Stone, NPR, American Songwriter, SiriusXM, Boston Globe, and Paste.

Newski has played alongside acts like Pixies, Violent Femmes, Courtney Barnett, Manchester Orchestra, Better than Ezra & New Pornographers. He continues to tour over 100 dates per year.

Newski’s podcast Dirt from the Road dives into strangest travel stories, mental health boosts, and how to navigate the hurdles of being a person in modern times. Guests include The Lumineers, All American Rejects, Dashboard Confessional, Guster, Heartless Bastards, Verve Pipe, Toad the Wet Sprocket and Frank Turner.

“I love how easy Newski makes it to plow through the dark stuff with some well placed humor and grit.” -Stelth Ulvang (of the Lumineers)

“Newski’s live shows are part rock n’ roll, part stand up, and part therapy. In the end, the room is won over.” -Jim McGuinn, The Current, MPLS

“I like the sound and the way he is forcing the world to contend with him.” -Brian Ritchie, Violent Femmes