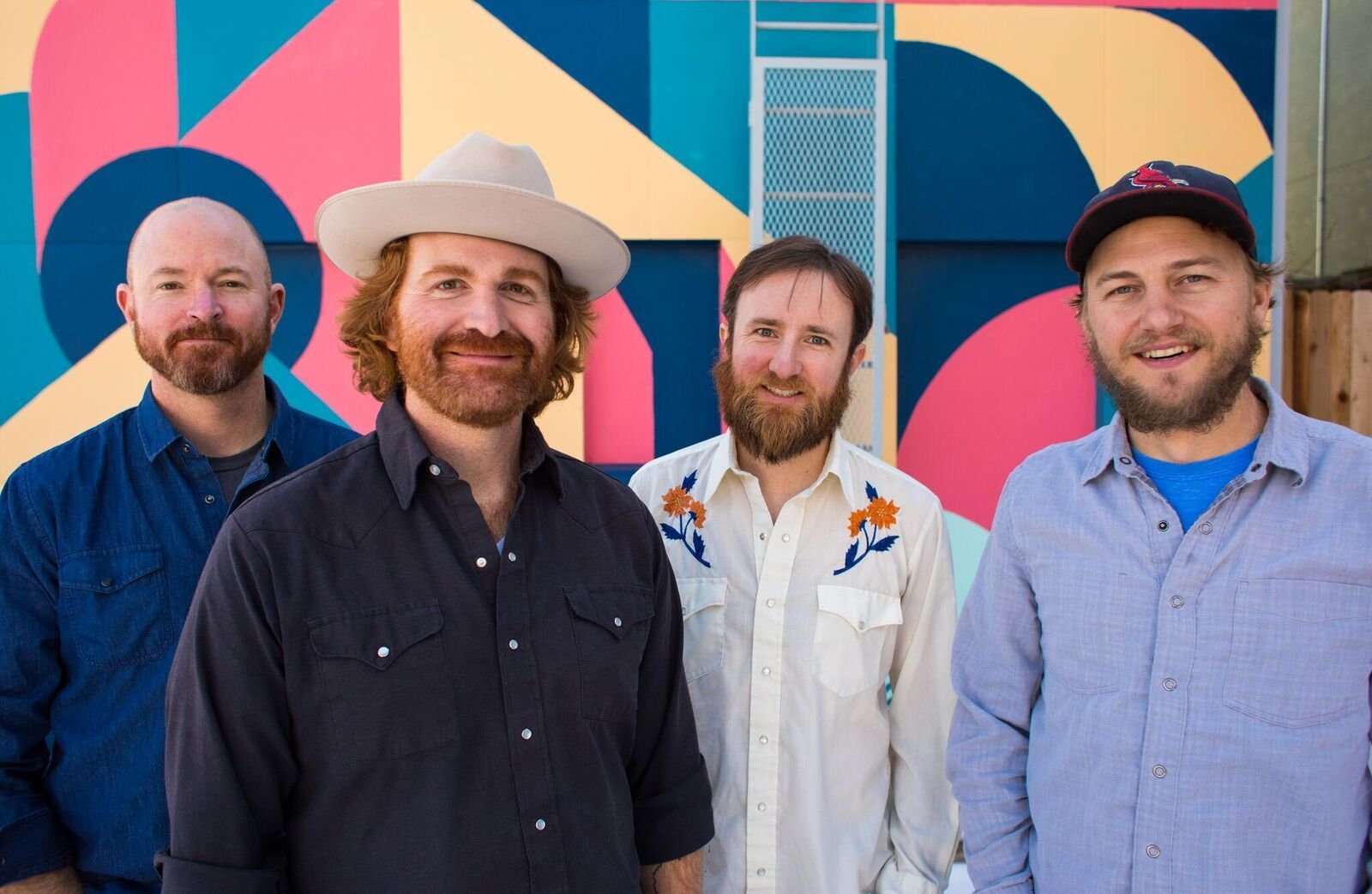 $8 tickets available here- chainstation-anodyne.eventbrite.com or $12 at the door.

Chain Station is a 4-piece, high-energy, get ‘em out on the dance floor string band born high in the mountains but based in Denver, Colorado. Their music is well-steeped in Americana roots with vocal harmonies that are high, lonesome, and tight. Their picking ranges from lightning-fast to mountain mellow. A bluegrass band that would satisfy a picky old-timer and delight fans of newgrass, a delicate balance indeed.

In the summer of 2006, Alex Thoele and Jon Pickett met while playing guitars around a campfire, high on a mountaintop in Estes Park, CO. The two have been entertaining and writing music since. In 2010, they were joined by mandolin player and fellow midwesterner, Jarett Mason. The newest addition to the band as of December 2018 is Chris “C-Bob” Elliot on banjo and vocals.

They’ve become known for winning over crowds with creative, fun original songs that flow from the mountains, through them and right back to you. Pure Mountain Music! It’s obvious these guys love what they do, engaging their growing fan base with insane energy and stage antics that guarantee one hell of a fun show.

Studio album #3 ”Backroads” is slated for an April 2019 release to follow the latest album “Where I want To Be” October, 2016. In 2015 a live album “Chain Up Volume 1” was released and the debut studio album “Dancin’ With the Law” hit the scene in 2013. Chain Station has directly supported bands such as The Del McCoury Band, The Devil Makes Three, The Travelin’ McCourys, Steve Poltz, Larry Sparks, The Jeff Austin Band, Sierra Hull, Frank Solivan & Dirty Kitchen, Todd Snider, Ray Wylie Hubbard, Trout Steak Revival, The Railsplitters, Fruition, Hot Buttered Rum, Deadphish Orchestra and many more.

This band has been living life through music and adventures together for more than six years. Relentless gigging in their home state of Colorado, the mountain west, the midwest, Pacific Northwest and a 2018 Summer Canadian tour has made this band of brothers one of the tightest and most professional little gang of muppets on the scene today.