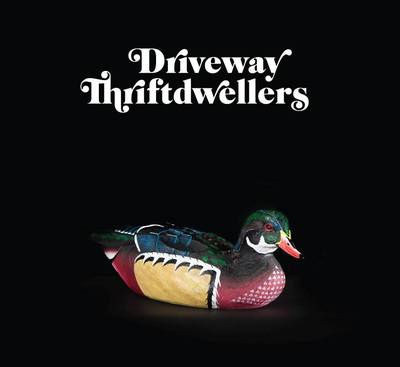 Join Driveway Thriftdwellers as they celebrate the release of their self-titled, sophomore album on vinyl!
They recorded this album at Wire & Vice studios in Milwaukee. It was recorded and produced by Ian Olvera, and mixed by Daniel Holter.

Starting out as a few guys who just wanted to play some Flying Burrito Brothers tunes, the Driveway Thriftdwellers have emerged as a top original act in Wisconsin’s Country and Americana music scenes. The Thriftdwellers self- titled somphore album, released in November 2018 mixes “more urgent percussion and driving guitars” (Capital Times) with the groups Americana sound. Named 2017 WAMI Country Artist of the Year, the Thriftdwellers have played throughtout the midwest with their critically acclaimed debut album “Cutover Country,” named a top 10 Milwaukee area album of 2016 by the Milwaukee Journal Sentinel.

The Milwaukee Journal Sentinel declared the Thriftdwellers’ 2017 Summerfest performance a “Best Of” performance for the festival, and called the band a must see live act for Summer 2017.

J. Hardin and Hayward Williams have been crossing paths for a decade on their separate songwriting journeys. After collaborating on their recent solo releases though, the two troubadours decided to come together as COYOTE BROTHER. The duo has been compared to Gillian Welch, Milk Carton Kids and Townes Van Zandt with such close harmonies and intimate atmosphere. Coyote Brother’s songs are steeped in the spirit of traditional country music with rich imagery and poignant melodies that carry the listener through the drama of the modern world.