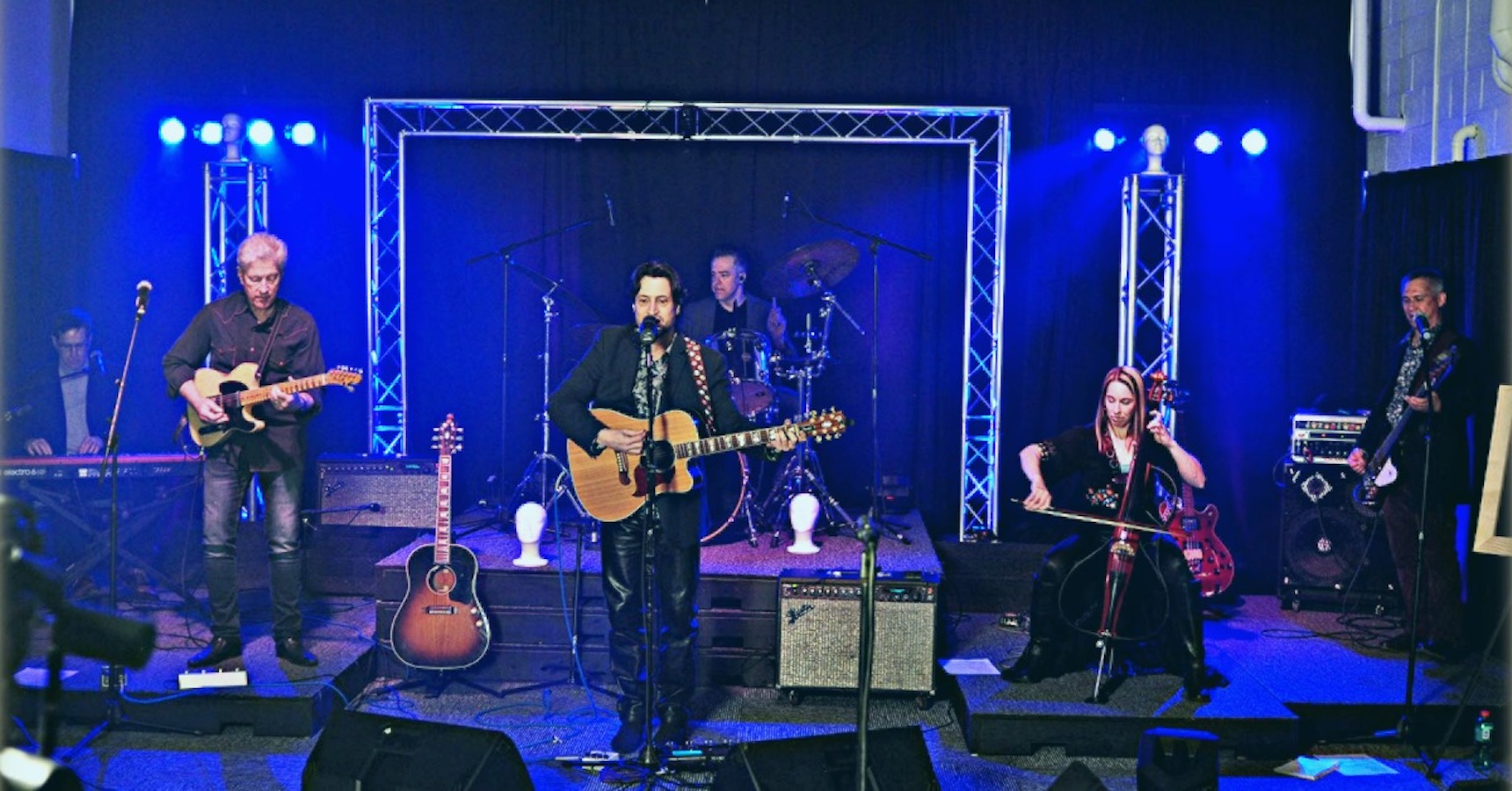 Elephonic is a band of musical peers (whose names are very familiar to the Milwaukee music scene) that play Mike Jarvis’ songs along with a handful of beautiful covers.

In Elephonic, singer/guitarist Mike Jarvis has remained true to his power pop roots, but has added a small orchestra to water them.

The band’s songs are melodic, layered and instantly memorable.

Above all, they stand out from everything you hear on Spotify or Pandora.

THEA VORASS – cello: Thea also performs with Keith Pulvermacher, SACRED, The Belle Weather. She was awarded 2017 WAMI String Player of the Year and has shared the stage with The Prince Experience, Trans-Siberian Orchestra, Weezer and more.

No, not the color–not the golf putting surface, nor the vegetable matter. Green is the group from Chicago that made seven awesome albums of critically acclaimed rock ‘n’ roll, toured the world, and invented shoes. These crazy, crack-pot, mammer-jammers are back in town and ready to RUMBLE! Playing selections from their records, from guitarist Jeff Lescher’s solo album All Is Grace, and with a few tender, insouciant cover songs thrown in; you’ll easily see why Trouser-Press Record guide calls them “The best group you have never heard….” and why Jean-Pierre Trumbull said: “This is the group you’ve been waiting for all your life. Their music is indelible soul-writing that will dazzle you forever.” HINT: They may also include a few selections from their upcoming album, Larks of Avon.

Cabin Essence is the musical project of Nick Maas, a multi-instrumentalist and songwriter that creates sun kissed songs with effortless pop melodies and hazy harmonies.