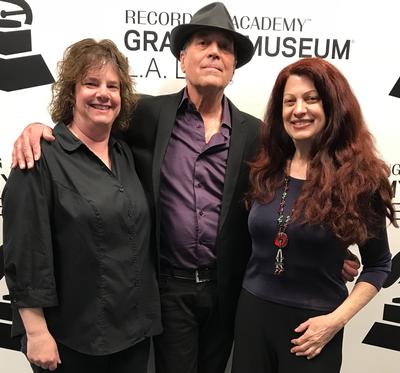 “Eric Andersen is one of our finest singers and songwriters, in the most literal sense of that tradition… the most elegant of singers.” David Fricke (Rolling Stone Magazine)

“Eric Andersen is a great ballad singer.” (Bob Dylan – live on stage at the Oslo Spektrum)

Eric Andersen first came to prominence as a performer in Greenwich Village in the early 1960s and immediately became part of the Village folk and songwriter scene and was at the epicenter of the American Greenwich Village singer-songwriter explosion. Over the past 50 years, Eric has toured the world and released over 30 CDs of original music. His songs have been covered by many artists including Mary Chapin Carpenter, Judy Collins, Fairport Convention, Rick Nelson, John Denver, Linda Ronstadt, The Grateful Dead, Peter, Paul & Mary, The Blues Project, Gillian Welch, Linda Thompson, and Rick Danko. Bob Dylan’s version of Eric’s song “Thirsty Boots” was released as a single on Record Store Day and appears on the Dylan CD Another Self Portrait. He’s co-written songs with Bob Weir, Townes Van Zandt, Rick Danko, and Lou Reed.

The album (Desire) is also notable for the work of violinist Scarlet Rivera. It’s hard to imagine what the album would sound like without her playing… -Rolling Stone

One of the world’s most prominent, active and versatile violinists, Scarlet Rivera is known for her contributions to the recordings and performances of some of the most influential artists of our time including Bob Dylan, Indigo Girls, Tracy Chapman, Keb ‘Mo, David Johansen and Sylvia Tyson (Ian and Sylvia). She was also a featured soloist with the Duke Ellington Orchestra at Carnegie Hall, the Kennedy Center, and the Carnival of Venice, Italy. Crossing all genres, her styles span a wide range including Rock, Folk, Country and Americana, World Music, Blues, Celtic Music, New Age and Classical. She is one of a handful of innovators of the violin who composes a truly original style of music. Scarlet came to international acclaim on Bob Dylan’s Desire and Hard Rain albums, and is included on his Biograph and Bootleg Compilations. She also toured with Dylan on several live tours, including The Rolling Thunder Revue and appeared in his film Renaldo and Clara. Desire, on which Scarlet was featured on every track, was listed in Time Magazine’s Top 5 of the Dylan discography. The Academy Award nominated film, Hurricane is one of a number of movie soundtracks that Scarlet has contributed to. Under her own name, Scarlet has 15 albums to her credit and has performed in the US, Europe and Asia at such events as the Montreux Jazz Festival, New Orleans Jazz and Heritage Festival, Newport Jazz Festival and others. She toured Japan from 2002-2005, premiering her original Celtic recordings Celtic Dreams and Celtic Myst, both of which garnered critical acclaim. Her popularity resulted in a headlining appearance at the Celtic Music Fest in Tokyo and her playing at the Tokyo Opera House, considered the Carnegie Hall of Tokyo, as well as touring throughout the country.