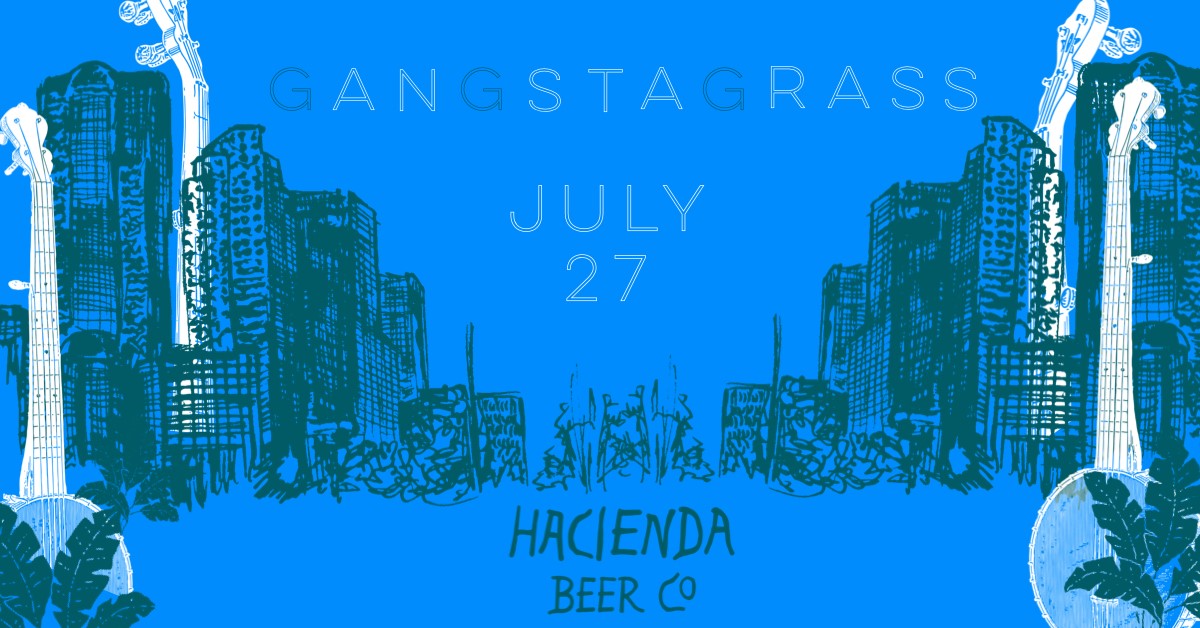 When you armwrestle Bigfoot, don’t win. And for god’s sake don’t cheat.

Gangstagrass is a dirty fightin’, gator wrestlin’, foot stompin’ bluegrass-hip-hop project of Brooklyn based producer Rench, who has spent the last decade making gritty, soulful country hip-hop music that you will actually like.

Yeah, Gangstagrass did the theme song to Justified. Yeah, Rench and T.O.N.E-z got nominated for an Emmy for it. Yeah, this is real bluegrass pickers and real emcees making music. And yeah, we do it live too.”
– Ganstagrass

All the way from New York City, Gangstagrass joins us at Hacienda Beer Co for a FREE show.