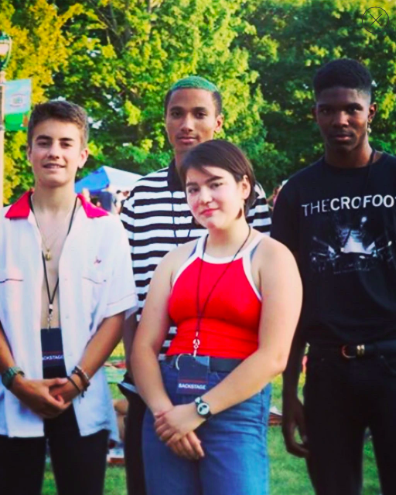 The Golden Grenades, one of Milwaukee’s best up and coming youth rock bands. The Drummer (Owen Saiia) and the lead Guitarist (Josh Randle ) first met two years ago in the Milwaukee Youth Symphony Orchestra. They started jamming out twice a week and eventually started a band. The Lead Guitarist and the Bass player(Terronn Clarke) met at The Milwaukee Highschool of the Arts. Maya Temple (Lead vocals) is the daughter of the lead vocalist, in the band Husher. Since then, they have played multiple music festivals and venues, such as Summer Soulstice, Summerfest, Chill on the Hill, Bayview Bash, Vehlobahn Coffee Cafe, Xray Arcade, and many more.

Opening the show are Open Bar Funeral and Fellow Kinsmen.

Posted by The Golden Grenades on Monday, November 11, 2019