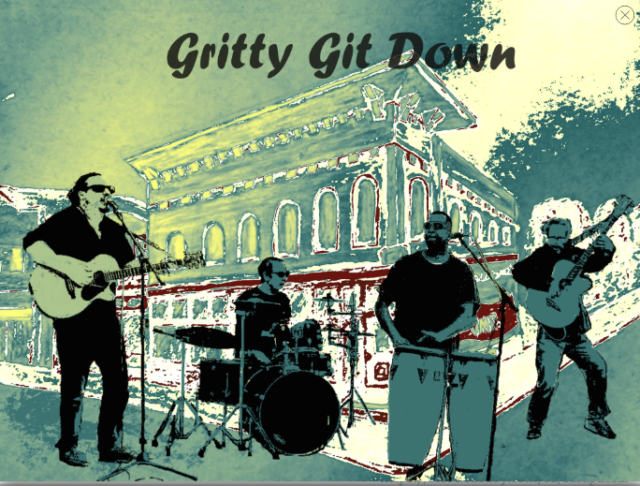 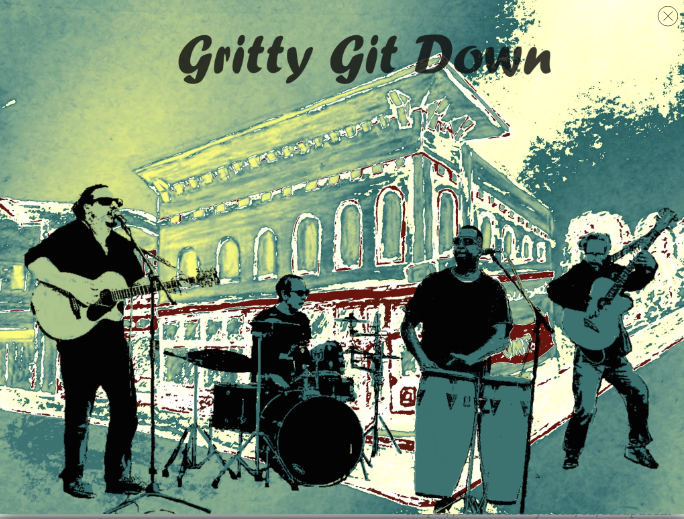 Here is a link to some of her stuff on CD baby if you want to listen:

The Gritty Get Down

Our Album is being recorded at Sullivan Wisconsin’s famous “Abby Road” studios.

Joint the Gritty Git down for their CD release party The Gritty Git Down is a Milwaukee based acoustic/electric blues rock, stomp your feet and sing along experience. In the tradition of Mississippi John Hurt and Big Bill Broonzy.

Lead by Nick on Guitar/vocals, , Lilton on Percussion/Vocals, Mike on Mandolin/Drums and Chris on Bass. Describing themselves as “Laconic and laid back reggae to steamy crunchy blues.” The Gritty Git Down starts with unique song writing then melds the bands diverse musical influences blending blues, reggae, and rock.

Yes there will be an opener: Folk Punk from Racine. A strange sort of anti-folk folk music. Folk punk is also releasing a CD