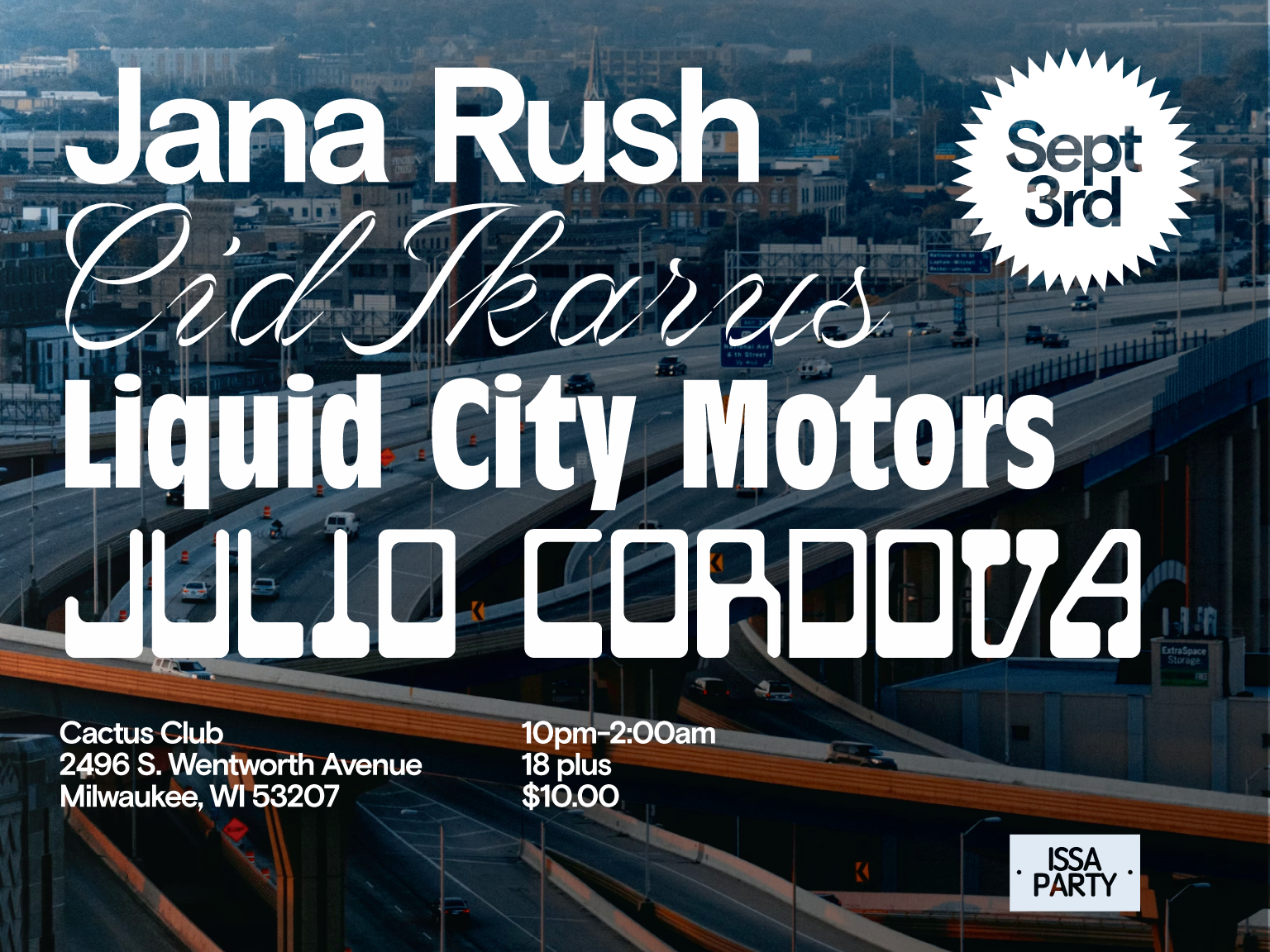 About Issa Party:
Chicago-based club label ISSA Party is the brainchild of DJ/Producer Chris Santoso aka Please. Since its formation in 2019, the DIY label has cemented a catalog composed of EPs, singles and mixtapes with a simultaneous reach across decades and subgenres of local dance music history. Among others, ISSA Party’s roster includes releases from footwork legends such as Boylan, Heavee, Traxman & DJ Phil, as well as experimental hip-hop drops from artists such as Khalfani and Saint Icky.