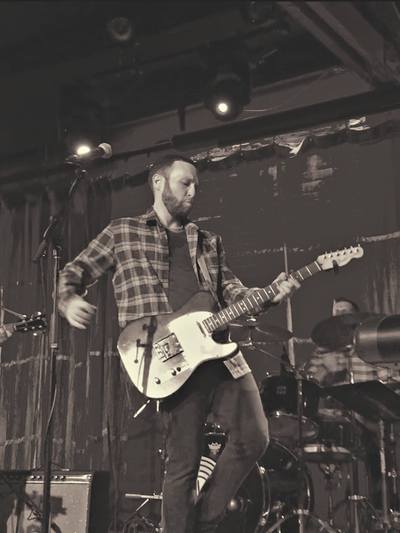 $7 tickets here- jaredrabin-anodyne.eventbrite.com / $10 at the door

Lily DeTaeye (Des Moines) starts the show with her band at 8PM.

Jared started learning music at age five from his grandfather, who was the first chair violinist for the Chicago Symphony Orchestra. Jared became a proficient multi-instrumentalist, went on to study jazz composition and has traveled the world performing an array of music.

​Midwest Action called Jared’s 2018 Wondering About the Weather EP, “unabashedly honest and warm, nothing short of a great album.” The single “Back to You” is a Semi-Finalist in the 2018 International Songwriting Competition, and the EP reached the Top 50 Country Americana albums on the RMR charts in the summer of 2018.”

Lily DeTaeye is a multi-genre act with a foundation in alt rock and blues. She’s a harmonica wielding badass and spirited songwriter that is reminiscent of your weird friend from book club who definitely has a few bodies in her closet. Between her candid nature onstage and the playful accessibility of the rest of the band, her goal is to leave audiences feeling they were on the stage with her. There are no secrets here. Her music is her truth and she wants to share it with you.