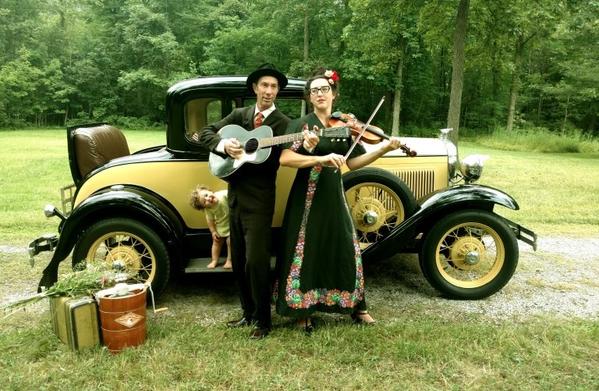 Jared started learning music at age five from his grandfather, who was the first chair violinist for the Chicago Symphony Orchestra. Jared became a proficient multi-instrumentalist, went on to study jazz composition and has traveled the world performing an array of music.

​Jared’s latest EP, “Wondering About the Weather” came out May 11 2018. Midwest Action called it, “unabashedly honest and warm, nothing short of a great album.” Jared will be on tour throughout the year playing both solo dates and with his band.

PRAISE FOR THE SAPSUCKERS

“Gifted songwriters, their songs are heartfelt, catchy, humorous, and somehow old-timey and brand new all at the same time… An old-timey masterpiece… A must listen!” —For the Country Record

“Grossman and Hart are pretty much a match made in heaven. Tremendous album!” —American Roots UK

“Clearly the Yellow-Bellied Sapsuckers have got it all, the songs, the voices and great pickers… Wonderful.” —Country Music People (UK)

The Radio Wranglers hail from Wisconsin and are heavily influenced by the sounds of the 1930’s, 40’s and 50’s with influences ranging from Country and Western, Western Swing, and Honky Tonk. The band has had the pleasure of playing at Opryland in Nashville, and opening for such acts as Wayne Hancock and Carolyn Martin’s Western Swing Band. They strive to encapsulate the sounds of traditional 1940’s and 50’s Country and Western music, while adding their own tunes to the long lasting tradition they so greatly admire. From Waltzes to Boogies, hot swing to high and lonesome blues, you do not want to miss this band’s unique blend of true American music!