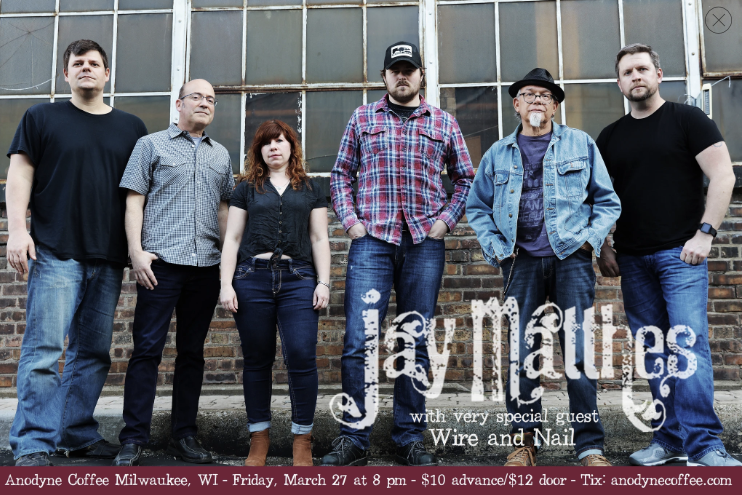 “He gets by on raw talent alone. A breath of fresh air for listeners of any type of music.” – Allen Halas, Breaking & Entering

“You’ll be surprised by Matthes’ songwriting skills, evident by the assured originals off his “Dancing After Dark” album.” – Piet Levy, Milwaukee Journal Sentinel

“If he’s not in your playlist, he definitely should be.” – Lora Kaelber, OnMilwaukee.com

Jay Matthes and his full band will be back at Anodyne on Friday, March 27!
Jay’s original music has been featured on local, regional and national radio and television, most notably when the music video for his song “The Light” made its way into rotation on The Country Network. Jay has shared the stage with national acts Old Dominion, Judah & the Lion, Ike Reilly Assassination, Jana Kramer, Charlie Worsham and many more, and his most recent album ‘Dancing After Dark’ was a finalist for ‘Independent Release of the Year’ at the 2017 88Nine Radio Milwaukee Music Awards.