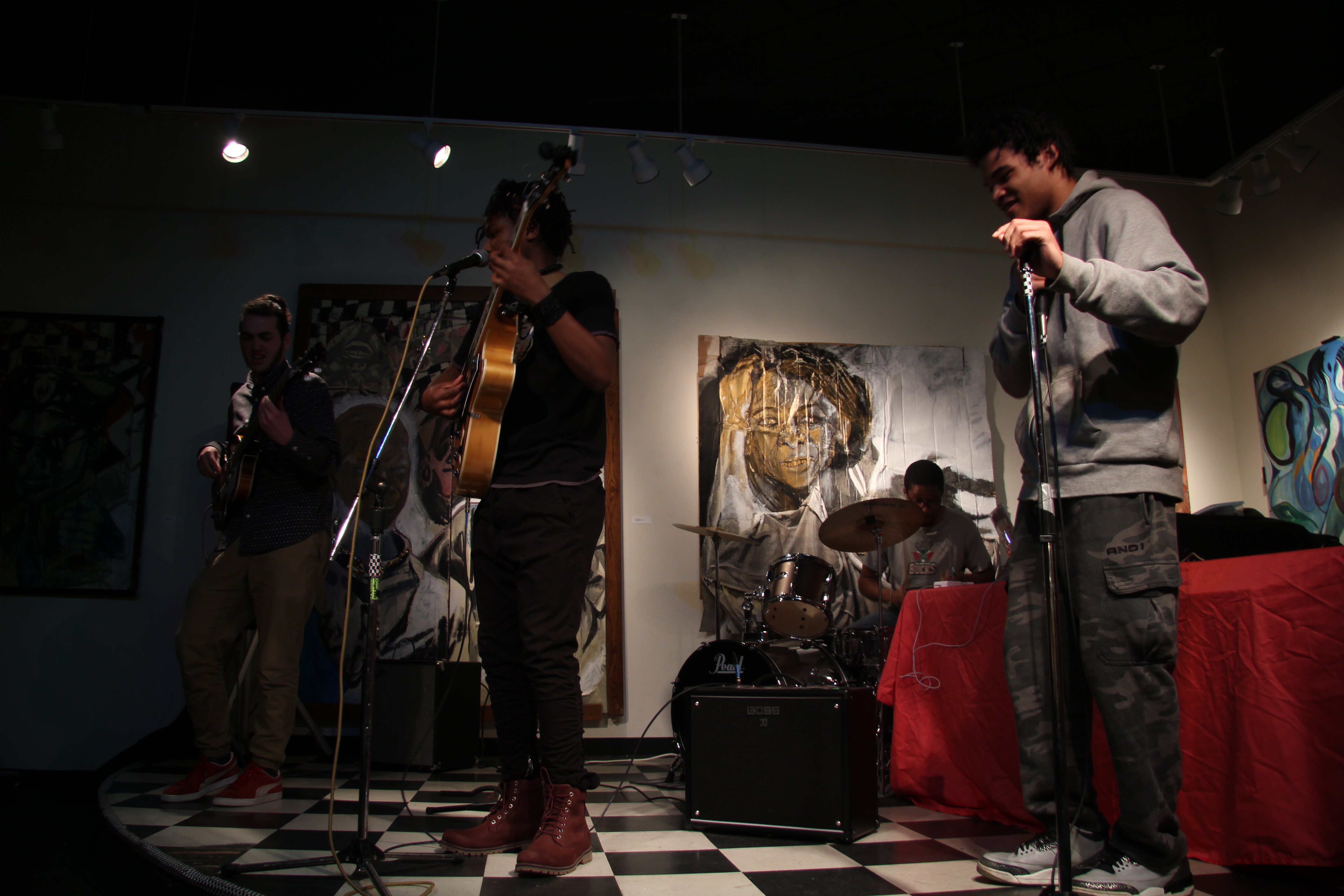 At the beginning, Kwasi Stampley (K-STAMP), had no clue how to begin building a presence in the music scene, but after becoming close with artists such as Webster X, Grace Weber, and others, K-STAMP was given a platform at 88nine to begin his journey. Since then, he has been building his audience, doing live shows, releasing new music, traveling, honing his craft, etc. Recently, K-STAMP’S show at Anodyne’s was reviewed by the Sheperd Express. They stated that ”Like many of the most memorable players in Milwaukee’s jazz scene, guitarist Kwasi Stampley (K-Stamp) looks outside of traditional genre influences,” claiming that he has “a soulful set that plays like an inspired cross between John McLaughlin, Digable Planets and Swae Lee.” Although young and new to the music scene, K-STAMP’S unique style and sound, has earned him respect in the music scene.

This show will be number of K-STAMP’S concert series. In efforts to help develop Milwaukee’s young aspiring artist, there will be acts from all over the city. With young artist from: MUHS, DSHA, USM, Pius, etc. This is a great opportunity to support, and be apart of the development of Milwaukee’s, growing, music scene. The event will be held at the In Tandem Theatre. This theatre seats up to 99 people, which means that in order to ensure that you have a ticket, you should pre-order. Otherwise you could come and buy them at the door. Thank you for supporting the development of Milwaukee’s music scene, and the steering Milwaukee culture in a position direction.