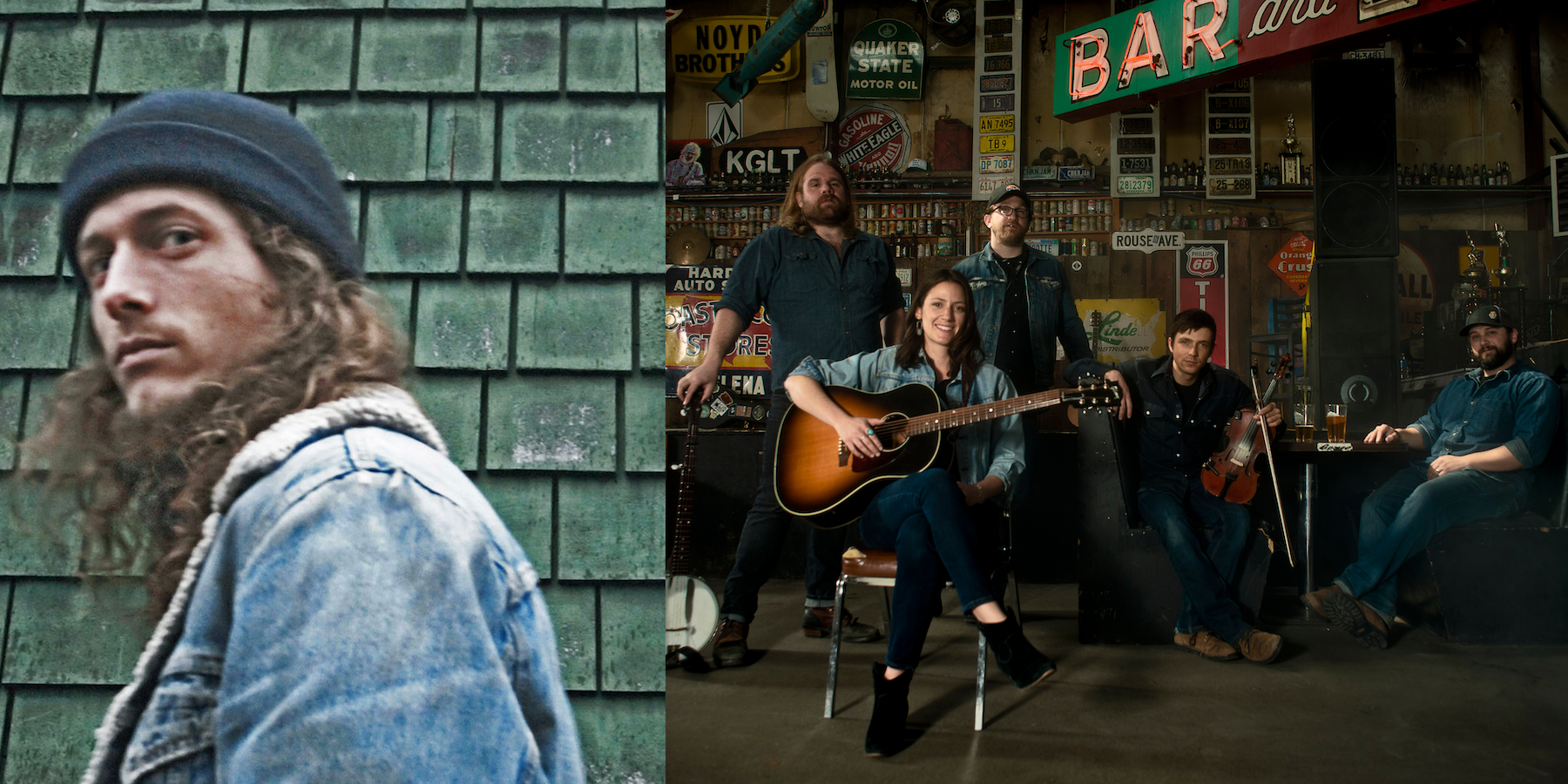 Laney Lou and the Bird Dogs are an energetic Americana band from Bozeman, Montana, that infuses four-part harmonies, engaging songwriting, and rock-n-roll drive into a modern approach to traditional folk music. Coming from varied musical backgrounds, the five-person ensemble creates a sound unique to them, but one that finds common ground by adding the energy of Montana’s big sky country into their music. The Bird Dogs weave stories through their songs that are reflective, joyous, longing, or meant to share a journey with the listener. Through it all, the band is able to convey heartfelt honesty, getting the audience to immerse themselves in the moment by dancing, singing and laughing along.

The Bird Dogs have been taking their infectious sound on the road since 2013, supporting acts such as The Travelin’ McCourys, The Steeldrivers, The Steep Canyon Rangers, The Jeff Austin Band, Amy Helm, Leftover Salmon, Town Mountain, and many more.

The most recent album from Laney Lou and the Bird Dogs, Through the Smoke, was recorded in February of 2021 at The Panoramic House in Stinson Beach, CA. This album is one of personal transformation. The concept of letting things go, processing past and current situations, and moving forward has been ever present in 2020-2021, as the world went through trials beyond words. Laney Lou and the Bird Dogs found a way to represent their journey through hardship, while also celebrating the silver linings and breakthrough moments in their lives. Through the Smoke brings energy to the darkness, and proves that resilience can get us through the hardest of times.

The Bird Dogs released a live self-titled studio album in 2016, recorded at Basecamp Studio in Bozeman. Their follow-up album, titled The Vigilante Session, was recorded live at a forest service cabin in the Ruby mountains. In 2019 Laney Lou and the Bird Dogs recorded their first full-length studio album, Sweet Little Lies, at Prairie Sun Records in Cotati CA. Their live album, Live at the Filling Station, was recorded in 2019 at the Filling Station in Bozeman MT and released in 2020.

Joseph Huber hails from the state of Wisconsin, and seems to bring forth the varied voices of whatever it may be that lies dormant within either the fertile soil or the callous concrete of that world. It has been said, “You don’t just like Joseph Huber’s music. You feel it’s something that the rest of the world needs to hear, and how criminal it is that it isn’t spreading far and wide.” That sentiment could be related to the fact that the voices which Huber unearths are subtle and take more than a hurried listen to truly absorb. A person who appears reserved and matter-of-fact in everyday speech brings forth songs that are anything but that.

As the singer, songwriter, performer, recorder and producer of all of his own material, Huber has his hands full, but never seems to miss a beat. And his own ‘solo’ material has now certainly surpassed the output of his past efforts, both in volume and substance. As one of the founding member of the .357 String Band–a group that would probably fit better in today’s ‘Americana-saturated’ environment than in the early to middle aughts–he’s gradually honed a sound that seems to fill a very real gap within the still-emerging genre. Having progressed, Huber continues moving onward and upward captivating folks with his sincere and well-crafted songs under his own name along with the impeccable musicianship of his fellow touring partners. Whether it’s irresistible, fiddle-driven, dancing tunes or honest, heart-wrenching “songwriter” songs, Huber’s songs and shows spans the spectrum of ‘Roots’ music while preferring not to stay within the boundaries of any strict genre classification.

His lyricism and introspective writing style has received high acclaim from music enthusiasts looking for a more substantive substitute to much of today’s music. Maintaining a solid touring schedule, playing all throughout both the U.S. and all around Europe, Huber continues to gain positive press, including being listed on L.A. Weekly’s ’10 More Country Artists To Listen To.’ Blue Ridge Outdoor writes, “Songwriters like Townes Van Zandt, Chris Smither, and John Prine can marvel listeners in the simplest of acoustic settings,…From time to time, I stumble upon a new singer/songwriter whose work warrants comparison to the luminaries on this list. …Huber’s songwriting has me comparing him to my favorites above.” He’s had the pleasure of sharing the stage with many artists including Tyler Childers; Hackensaw Boys; Scott H Biram; The Tillers; Possessed By Paul James; Dave Simonett; Robert Earl Keen; Ben Nichols; The Tossers; Charlie Parr; Amy Lavere; Horseshoes & Hand Grenades; Reverend Peyton’s Big Damn Band; Henhouse Prowlers; Keller Williams, and more…

As of now, Huber has delivered five solo records: ‘Bury Me Where I Fall’ (2010); ‘Tongues Of Fire’ (2012), ‘The Hanging Road’ (2014); and ‘The Suffering Stage’ (2017), ‘Moondog’ (2019) and now 2021 give us ‘The Downtowner’–Huber’s latest effort which rollicks between social and personal spheres while mixing elements of rock and folk music that fans will immediately see as maintaining a solid continuity of sound and attitude with his previous two albums–rollicking between the feelings of freedom and severity, with both wit and earnestness.