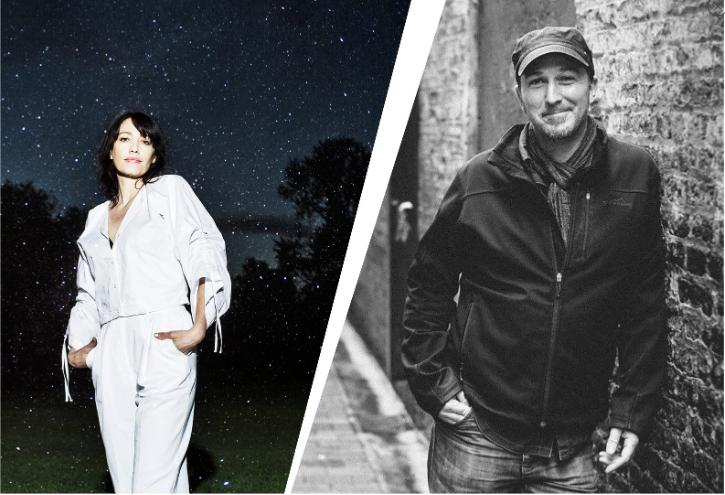 Peter Mulvey- Eighteen records, one illustrated book, thousands of live performances, a TEDx talk, a decades-long association with the National Youth Science Camp, opening for luminaries such as Ani DiFranco, Emmylou Harris, and Chuck Prophet, appearances on NPR, an annual autumn tour by bicycle, emceeing festivals, hosting his own boutique festival (the Lamplighter Sessions, in Boston and Wisconsin)… Mulvey never stops. He has built his life’s work on collaboration and on an instinct for the eclectic and the vital. He folds everything he encounters into his work: poetry, social justice, scientific literacy, and a deeply abiding humanism are all on plain display in his art.

Pieta Brown- Hailed as a “self-styled poetess, folk goddess and country waif” by the BBC, Pieta Brown first came to international prominence with the release of her self-titled debut in 2002. Over the course of the ensuing decade-and-a-half, she’s gone on to tour many parts of the world and release another seven critically lauded records, prompting NPR to applaud her “moody, ethereal” songwriting, and the New York Times to praise her “sweet, smoky voice.” Perhaps even more importantly for an artist as fiercely independent as Brown, her work continues to garner praise and support from a wide array of peers and mentors, including legendary producer Don Was, filmmaker Wim Wenders, and Bon Iver mastermind Justin Vernon, who’s studio – April Base – was the setting for Brown’s newest record Freeway, which comes out in September 2019 on Ani DiFranco’s Righteous Babe Records.
“This record marks a major shift for me,” says Brown. “The songs mirror so many transitions: in my musical life, in my home life, in my creative life, in my country. I’ve been hovering at a crossroads…and I’m pretty sure I’m not the only one feeling that way.”