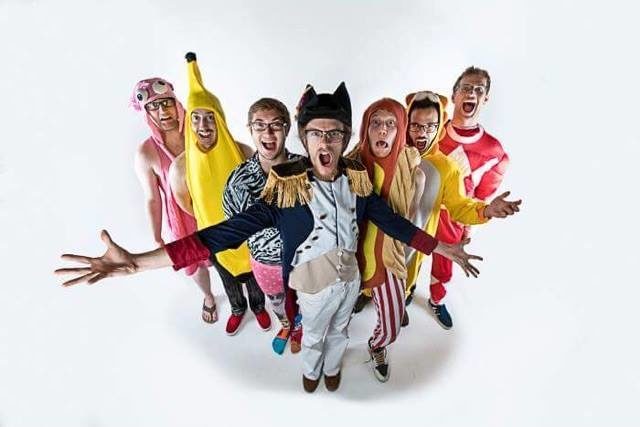 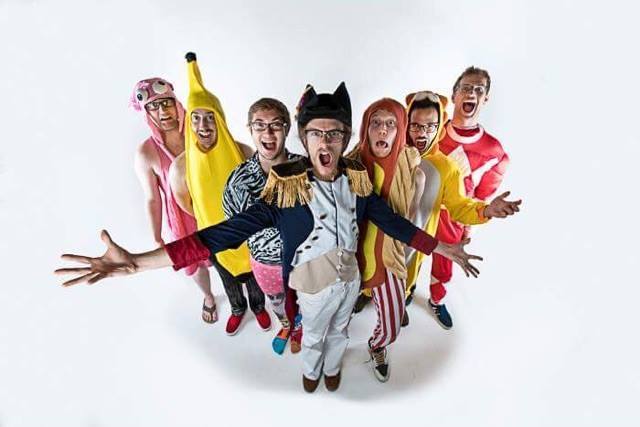 Porky’s Groove Machine is the intergalactic ambassador of Wisconsin’s silliest nerd funk. Since forming in 2011 we’ve been spreading the funk across the Midwest and East Coast. Comprised of a three-piece horn section and auxiliary percussionist on top of a traditional rock rhythm section, the Groove Machine’s sophisticated musicality and not-so-sophisticated humor has been described by Julian Loida of WIUX (Bloomington, IN) as “the vibe of the B-52’s and the Flaming Lips combined with the sound of Phish, G. Love and Special Sauce, and New Orleans music.” The Groove Machine is Captain Queso, Dumpsta Boi AKA CatDog, Hot Dog Trombone, Squid, Robeert, Dave the Red Ranger, Bongomaster 3000, and Lerry.

Funk Summit Bass Team, founded in 2015, is an original funk band from Milwaukee, WI. Led by Robby McGhee on vocals, we don’t short you on instruments! We are 11 members deep, with a blazing 4-piece brass section and a trifecta of beautiful vocal velvet-for-your-ears. Not to mention a smooth funk rhythm section that will wrap around you like a warm blanket.