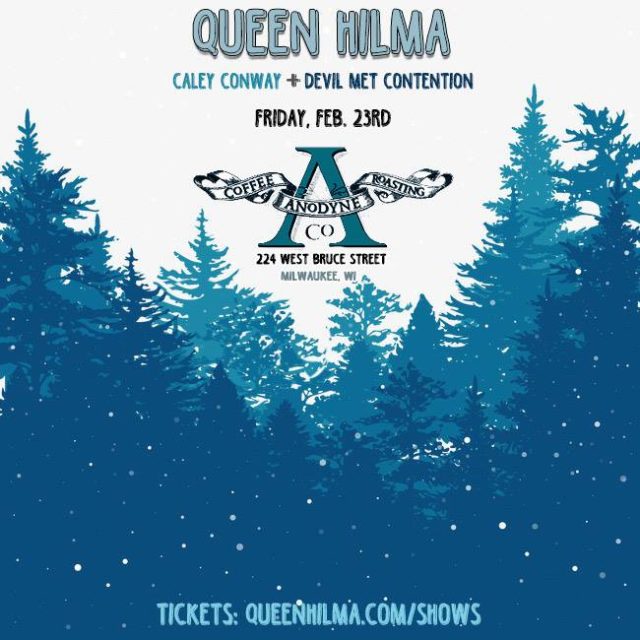 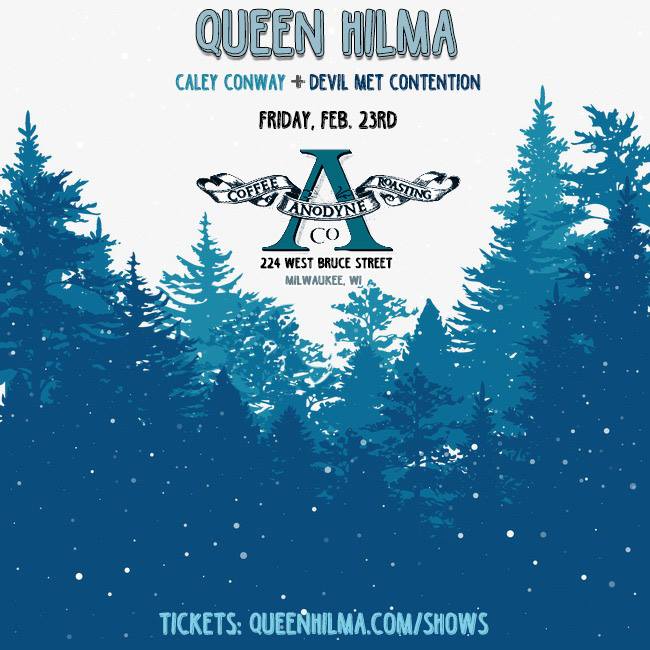 In a brown house on Nancy Lane in Green Bay, WI., sisters Andi and Alex Peot stumbled on something celestial, before they were old enough to understand it. Engulfed by the Christmas spirit, the two-year-old twins began singing “Silent Night,” innocently carrying one another’s voices through their own impromptu rendition of the holiday classic. By 10, they jointly penned their first original song.

​Always in harmony — be it through music, genetics or that inexplicable telekinesis only kin can relate to — the twins come from a family of musicians and dreamers. Their parents met in a country band, and their grandmother’s profound influence inspired their current moniker, Queen Hilma.

​Now, 25, Andi and Alex are the fearless frontrunners of the alt-rock four-piece that borrows the namesake of their grandmother in hopes of replicating her intrinsic strength to navigate the music business and embrace their biggest passions. It pays homage to her class and sass.

​Their early years involved youth groups and choirs, but did little to develop the emotional maturity that their current catalog embodies. It was natural for the pair to venture to Australia after high school to study at Hillsong College, honing their craft in synchronization and being exposed to an entire palette of textures and layers they had to hop continents to experience. Their time there rivaled even their earliest impressions, and had the girls returning to the states quickly in a new iteration, a brazen, indie-pop/rock-infused act She The Monster. It felt natural for the multi-instrumentalists to orchestrate a line-up of support to flesh out the ethereal brilliance of their vocals.

​Shortly after, the two serendipitously took NBC’s The Voice by storm in 2015 as Andi and Alex. Grateful for the national platform, vocal growth and what performing in millions of Americans’ living rooms week-after-week did for their overall mission, it still became clear upon exiting the show that the girls were ultimately destined to forge their own path — the less-traveled, grittier, but more rewarding one of an independent act ruled by its own creative convictions.Songwriting for Andi and Alex is like stop-and-go traffic minus the fury and frustration. If anything, it reflects how their shared DNA is almost exclusive to their perfect, shared complements. Andi starts a song from a quiet place, usually on piano or guitar, while Alex perfects and adapts.

​You can’t recreate sibling synchronicity; it’s cosmic. It’s what makes Queen Hilma’s sound so authentic and frees the girls of the pressure of co-writes, trying to fabricate stories they can comfortably find within themselves and each other. If they had their pick, they’d love to join forces with Coldplay or Sufjan Stevens, integral influences on their sound, but they don’t feel it’s necessary when the nucleus of their sisterly bond has, and always will, exist between bars and measures.

​After all, it’s the fitting backstory to their forthcoming LP, I Feel Better, which sings catharsis praises. The full-length serves as a component piece to 2016’s Is Everything Ok? produced by Howard Redekopp (Tegan & Sara.) The four-track EP reflected the questionable times it was created in. Between the grief of family loss and a broken engagement, to the twin songwriters’ continual search of the heartbeat of what they were truly feeling, the tracks embodied uncertainty, vulnerability and curiosity, while I Feel Better exhibits the brighter, wiser view on the other side of that unknown.

​Above all else, I Feel Better is a sure-fire sign of artistic clarity and unapologetic acceptance that it’s ok to get…darker.