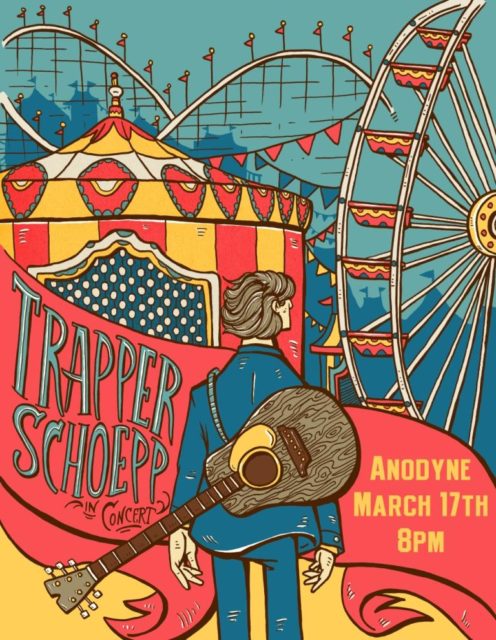 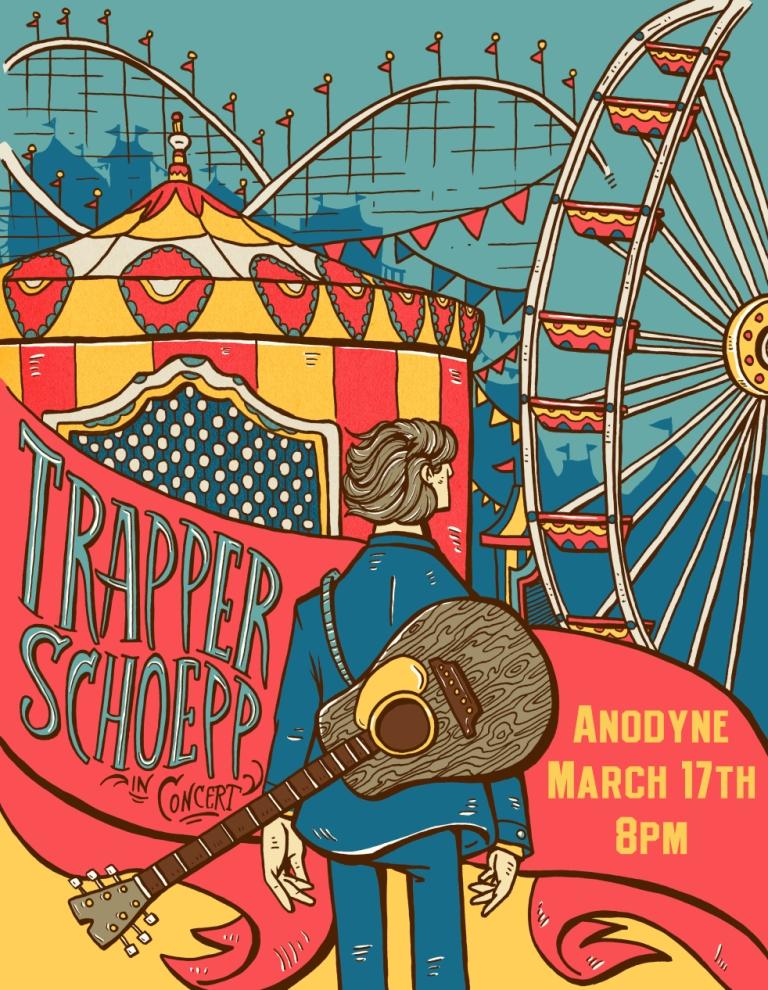 Give Trapper Schoepp and band a warm send off before their month long European tour. The roots rocker will play songs from his latest releases, Bay Beach Amusement Park and Rangers & Valentines, the latter Relix Magazine has called “a mini masterpiece.” Meanwhile, PBS has hailed his “Story songs that explore and explode the conventions of rock and roll” and NPR calls Schoepp’s music, “Rootsy, cinematic rock that charms as it soars.” More information on Trapper Schoepp can be found at: www.trapperschoepp.com