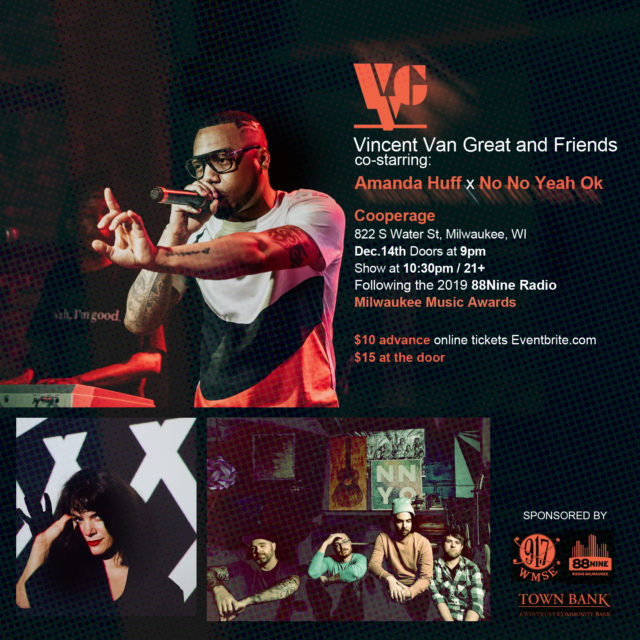 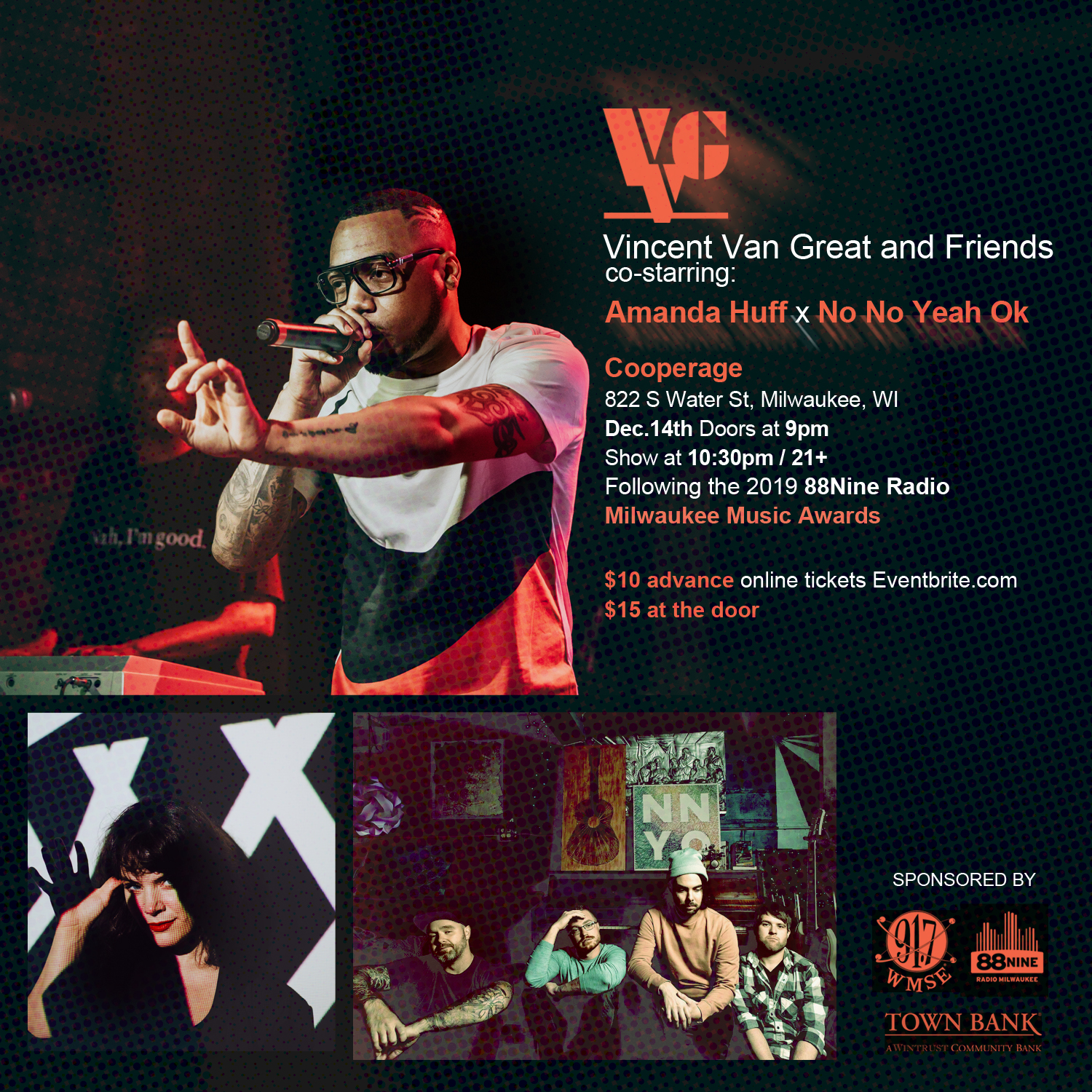 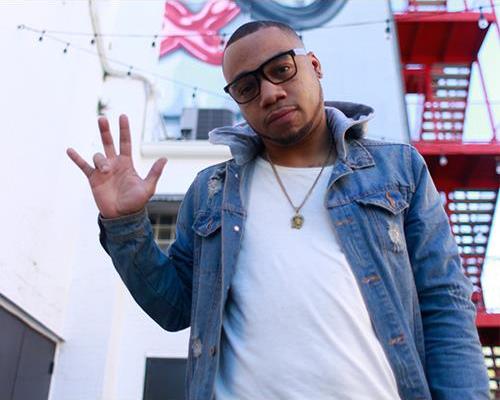 Vincent Van Great defines the meaning of being a musical triple threat.  Producing and writing his own records, while having the ability to create and sing melodic tunes and hooks allows him to often flirt with other musical genres and not considered just an Hip-Hop artist. The Record producer/Artist from Milwaukee Wi found himself gaining national recognition since the release of his self-produced debut LP ”UnGreatful”. From being special guest on the Cartoon network adult swim star Eric Andre’s latest comedy tour, featured by The Source magazine for his ”Killer Steez” video, to opening for BJ The Chicago Kid on the SummerFest Johnson Control World Sound stage as well as performing at many other big name local and national festivals with his backing band ”Ninja Sauce”. Van Great continues to capture the attention of others across the country by now having the title of ”Music Director” For Comedian Lahna Turner’s new ”Perfect 10” show. Lahna Tuner is the Ex wife of the Late great comedian Ralphie May. VVG remains to be one of the premiere artist in the Milwaukee music scene recently winning the 88.9 FM Radio Milwaukee Song Of The Year for his 2017 fan favorite ”A Message”.  VVG continues to create new works and will be releasing his new project ”A Tape Called Fresh” co-starring Dana Coppafeel summer 2018 as well as a full slate of shows and appearances set for the remainder of 2018 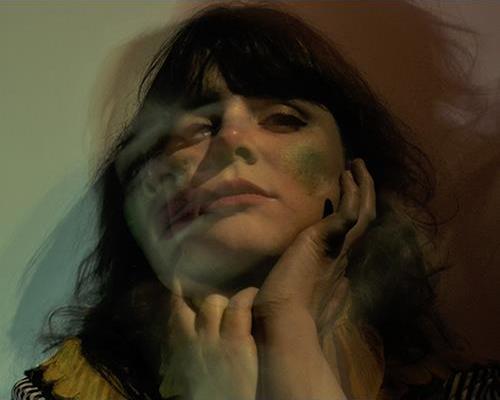 Hailing from Milwaukee, WI, Amanda Huff is a multi-genre artist defined by her ability to cleverly merge the stylings of jazz, electronic and the cinematic into something raw and unconventional. Since her official solo debut last year with the release of album “Hemiptera”, Amanda has garnered multiple awards from the Radio Milwaukee Music Awards, Milwaukee Film Fest and the WAMI’s, as well as landing spots on nearly every “Best Of” list. With a powerful team of collaborators including electronic producer Cristian Strehlow, Steve Peplin and his band “Strangelander”, Milwaukee Symphony Orchestra’s Peter Thomas, and Hear Here Presents’ William Gardiner, Amanda straddles multiple musical grounds with intent to construct an innovative and emotional new realm. Not shy of cathartic candidness, Amanda’s performances are characterized by a winding vocal odyssey of the unabashed bellows of loss, the piercing cries of power, the zealous whispers of lust, and a lyrical undercurrent that seeks to hold all identities accountable.

No No Yeah Okay The Milwaukee-based genre melting pot, No No Yeah Okay, took form in 2014 when Mark Gage (producer) and Christopher Quasius (guitar) would casually jam in-between weekend beers. As their library grew, they sought out friends Colin Plant (vocals) and Joshua Paynter (bass) to help turn interesting samples into songs with depth. Their goal was to discover how each of their four unique musical backgrounds could collide to build a project.

In 2015, No No Yeah Okay released their EP, ‘Dual’. Through the stylistic twist and turns of each member’s influence, No No Yeah Okay had quickly become established as a unique sonic presence, delivered by an elevated focus on aesthetics and narrative substance.

For a group still discovering their own identity, the attention on No No Yeah Okay awarded them with opportunities to take their sound to larger than life stages, encountering everything from Summerfest to NBA halftime shows to signing with LA-based independent label, Little Assembly, in 2017.

As No No Yeah Okay release their follow up EP, ‘Cabal’, the band showcase their maturity as artists. Similar to their previous EP, ‘Cabal’ also centers around a deceptively common yet personally experienced narrative.