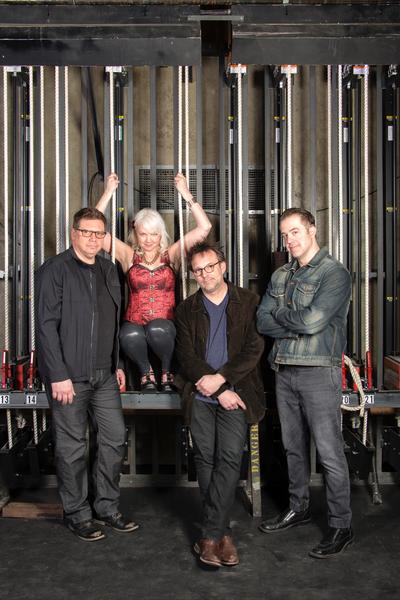 $10 advance tickets available HERE or $15 at the door

Michael Perry and the Long Beds
Perry began writing songs in the early 1990s during long nights when he was struggling to survive on prose (he is the author of numerous books including: Population 485, Truck, The Scavengers, and the New York Times bestseller Visiting Tom). With no arts background (he has a nursing degree) he found himself drawn especially to the work of poets and singer/songwriters. (In interviews Perry tends to list his greatest literary influences as Dylan Thomas and Steve Earle – and not necessarily in that order.) He began writing songs as a way to break up all-night typing sessions, and eventually he had enough of them that a musician friend invited him to play a coffee shop. “I’m not saying I was nervous, but I ripped out a sixty-minute set list in thirty-two minutes flat,” says Perry. By 2004, he had begun recruiting Long Beds. In 2006, he released his first album, Headwinded. – http://sneezingcow.com

The Mascot Theory
The Mascot Theory can be described as a high-energy dose of toe-tapping Americana folk rock drenched in tight harmonies, spewing lyrics of love, loss, regret, death, and hope. Winners of 22 Madison Area Music Association awards including back to back 2017 and 2016 Artist of the Year awards. The band’s 5th album “Dawn and What Comes After” was released in August of 2018. –
http://themascottheory.com

Bascom Hill
Bascom Hill is a trio of lager-loving, joke cracking, Wisconsin-raised musicians in the truest sense of the word. As veterans of the music scene, a lot has changed for them personally and in the biz over the course of 4 albums. But through it all, one thing has remained constant: a commitment to their music, which is known for its effortless hooks, memorable choruses, and clever lyrics –
http://bascomhill.com

Craig Baumann
Baumann is a warrior of song. Trailblazing through country, blues and Wisconsin Americana. With ample dexterity in his own driving homeward bound way. His voice, straining strong and alluring from Vahalla. To bear witness to an emotive soul inhabiting the blues for you is an immense blessing and responsibility. One wants to keep the secret for him or herself but the compulsion is to tell everyone you know. Baumann is a member of Overserved Gentlemen and the People Brothers Band. – http://craigbaumannmusic.com