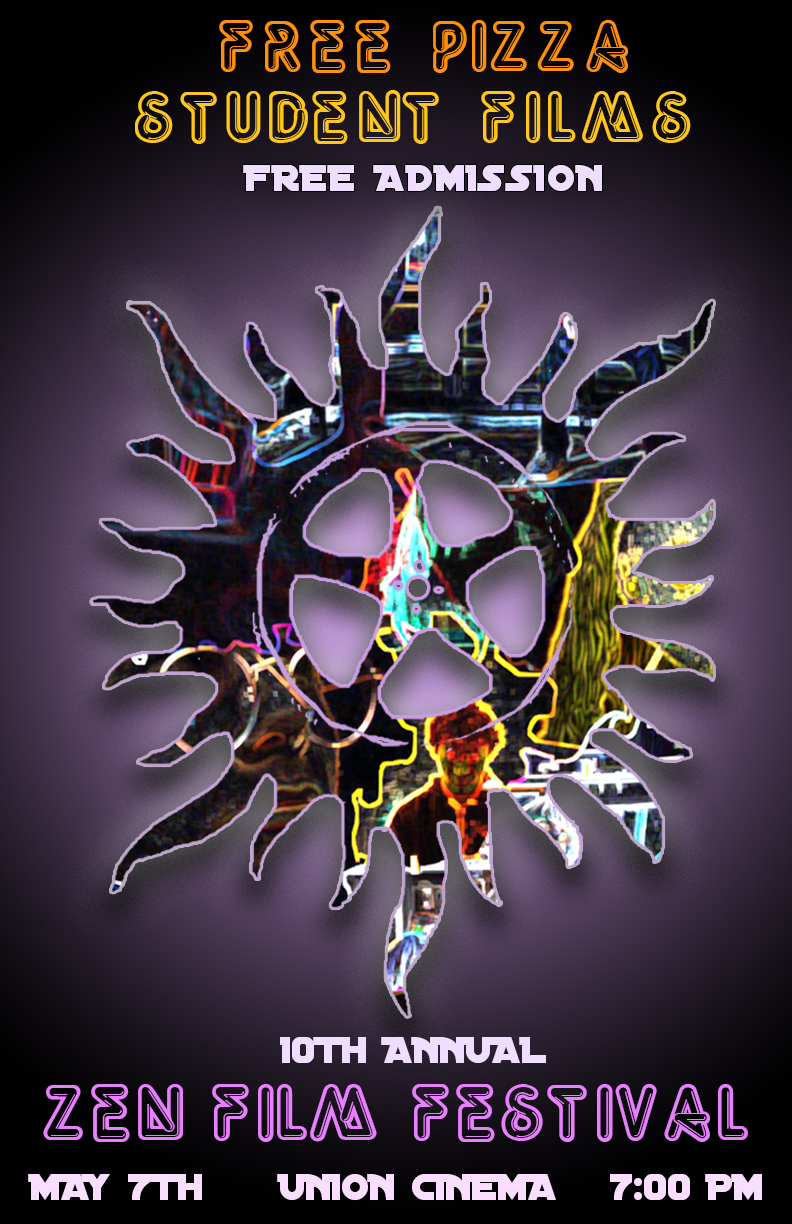 Within the depths of the Film Department at UWM, you will find a class called Zen and the Art of Filmmaking, a class dedicated to rethinking how films are made and to push the limits of creativity and ideas. As the semester draws to the close, select short films from the class will play at the 10th Annual Zen Film Festival hosted in UWM’s Student Union Cinema on Tuesday May 7th at 7pm. This event is held once a year as students are challenged to make a different film each week of the semester with a new challenge or theme. The films range from one love story involving puppets to a crazed clown hellbent on throwing pies in the faces of the innocent, and everything in between. These students have worked vigorously and would like to invite all to come and watch their art. This local film festival will be a one-of-a-kind opportunity to support and engage with your local filmmakers, enjoy a night out with some good company, and indulge in a few free slices of locally made pizza.