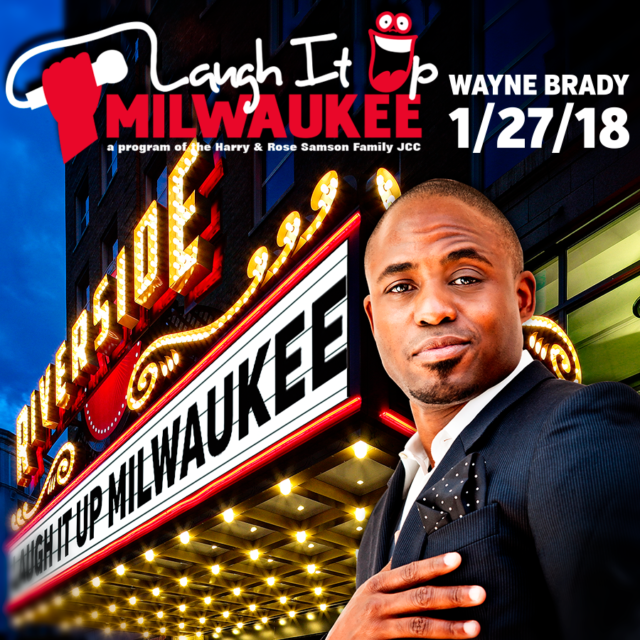 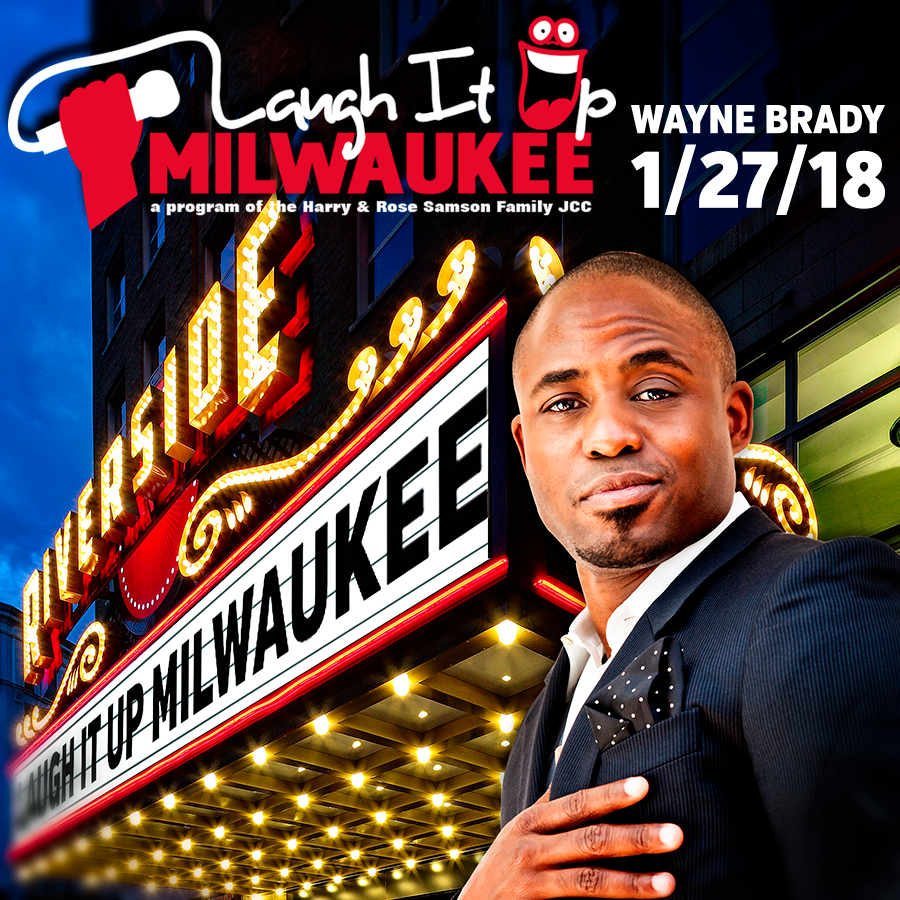 Laugh It Up to benefit Safe & Sound Milwaukee

Laugh It Up Milwaukee 2018 presents beloved comedian Wayne Brady for an evening of laughter, friendship and community. Join the Harry & Rose Samson Family Jewish Community Center – and our signature partner, Safe & Sound Milwaukee — at the Riverside Theater on Saturday, January 27, 2018. Together, we will celebrate the power of partnerships coming together to build a healthier Milwaukee. This benefit event is presented by the JCC, and will support the JCC, Safe & Sound Milwaukee, and past Laugh It Up Milwaukee partner organizations.

The JCC is a non-profit, social service agency committed to meeting the ever changing needs of the entire community by offering diversified social, educational, recreational and cultural programs within a Jewish setting. Safe & Sound Milwaukee unites residents, youth, law enforcement and community resources to build safe and empowered neighborhoods. Safe & Sound is a nationally recognized nonprofit with a proven strategy to improve public safety.

Most recently, Wayne starred as Aaron Burr in the Tony Award- and Pulitzer Prize-winning “Hamilton” at the CIBC Theatre in Chicago.

Wayne got his big break on first the British and then the ABC version of WHOSE LINE IS IT ANYWAY? His name became synonymous with off-the-cuff brilliance. He went on to star in and produce the highly-rated summer sketch show and an Emmy-winning talk show for ABC before joining forces with Dave Chappelle to create the now classic “Training Day” sketch, showing audiences both sides of his comedic skill and depth as an actor.

Brady returned to his theatrical roots with a successful Broadway debut as Billy Flynn in “Chicago.” he guest starred in shows such as 30 ROCK, EVERYBODY HATES CHRIS, DIRT and had a recurring role on feature films Crossover, The List (a romantic comedy with Sydney Tamiia Poitier), and most recently 1982 from director Tommy Oliver.

This past year he performed live on his sold-out world tour “Makin’ Sh*t Up” and guest starred on the new SyFy series AFTERMATH. He was welcomed back to Broadway and received rave reviews for his role as Lola in the Tony Award-winning production of “Kinky Boots,” while lending his vocal talents to both Disney’s animated series SOFIA THE FIRST and Nickelodeon’s LOUD HOUSE.

Brady will return for his 8th season as the host of CBS’ LET’S MAKE A DEAL, as well as the 5th new season of WHOSE LINE IS IT ANYWAY? on the CW this year.