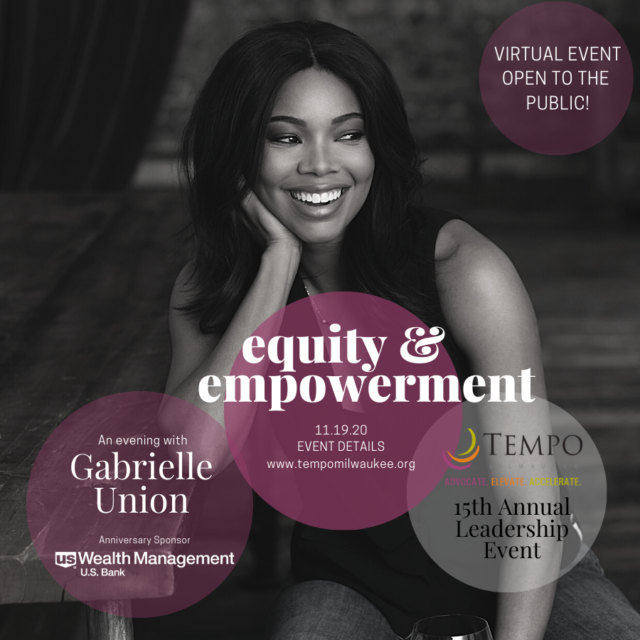 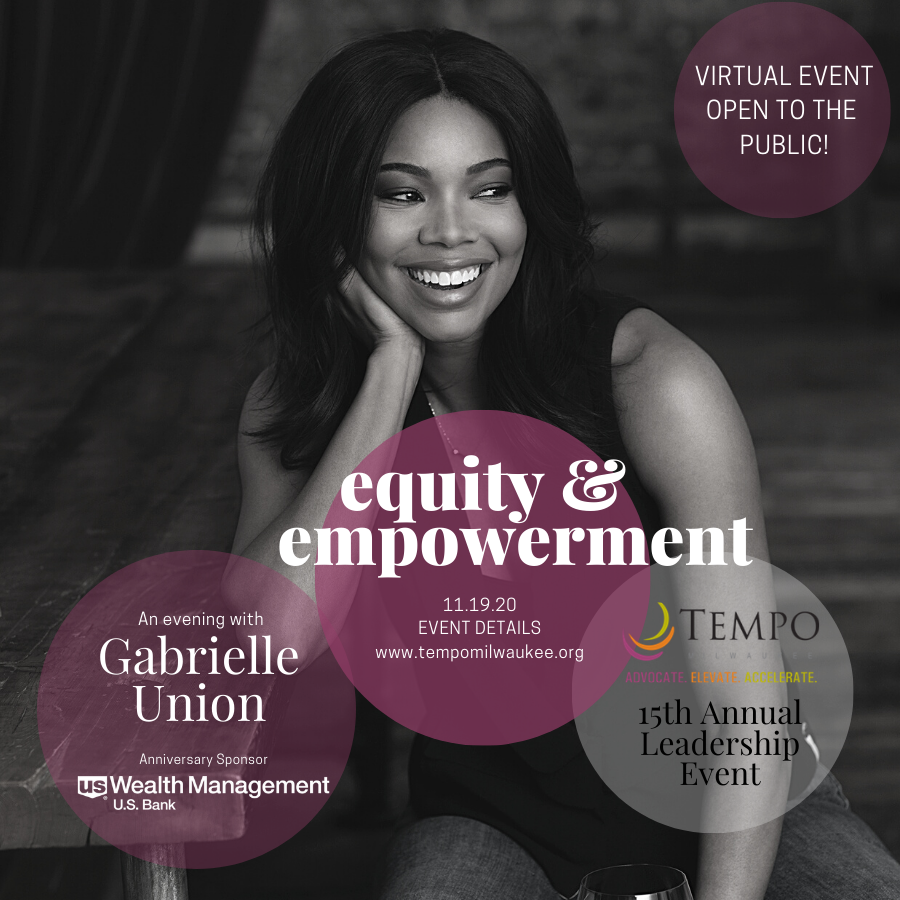 Join TEMPO Milwaukee for an intimate, enlightening and engaging conversation with actress, activist and author Gabrielle Union. Gabrielle will discuss her years growing up in Nebraska to her years in Hollywood. She will talk about her passion for women’s health, equity for women in the workplace and ending violence against women. She will also share her business savvy as an entrepreneur, author and spokesperson for a number of national brands. Finally, Gabrielle will share the joys and struggles of motherhood in the midst of a global pandemic. Joining her for this special conversation is TEMPO Milwaukee Leadership Event Co-Chair Kareeda Chones-Aguam from the Milwaukee Bucks.

After a career in front of the camera spanning nearly three decades, actress, author, and activist, Gabrielle Union, continues to bring iconic performances on and off screen. Most recently starring in the Spectrum Original series, L.A.’s Finest, Gabrielle is known for her roles in films such as Good Deeds, Cadillac Records, The Perfect Holiday, Tyler Perry’s Daddy’s Little Girls, Running With Scissors, Bad Boys II, Universal’s cult hit Bring It On, Love & Basketball, Ten Things I Hate About You, and She’s All That. On the small screen, the UCLA graduate previously starred on the BET hit series, Being Mary Jane and on Disney Junior’s The Lion Guard.

Gabrielle’s passion for acting is rivaled by her involvement as an activist who works on issues around women’s health, violence against women, racism, and gender inequality. She is an Ambassador for the Susan G. Komen Foundation, an ally to the LGBTQ+ community and an active supporter of the Young Survivor Coalition (YSC) and the Rape Treatment Center (RTC) at UCLA. In her free time, Gabrielle often travels on behalf of Susan G. Komen and the YSC to share her story of losing a friend to Breast Cancer. In 2004, Gabrielle helped found a program called “A Step for Success”, which helps to raise funds for the economically challenged Kelso Elementary School in Los Angeles.

Nominated for an NAACP Image Award for Outstanding Literary Work, Gabrielle is the author of The New York Times Bestseller, We’re Going to Need More Wine. Her memoir features a powerful collection of essays about personal, thought provoking stories and reflections on a range of topics that continue to define the contemporary landscape: race, gender, feminism, sexuality, marriage, beauty and fame.