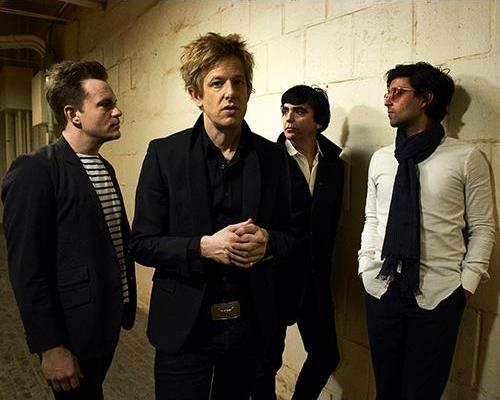 10PM on Sunday, July 1 at the Harley Davidson Roadhouse

Hot Thoughts, Spoon’s 9th album, is the bravest, most sonically inventive work of their career, though keep in mind, Britt Daniel has already overseen a number of other reincarnations. With all due respect to earlier efforts that have made the band both critically acclaimed and a commercial contender, preconceptions about Spoon are about to be obliterated. That’s not to say Hot Thoughts doesn’t have a requisite supply of infectious earworms — WE DIDN’T SAY THIS WAS A DIFFERENT BAND (though this is the first Spoon album with no acoustic guitar) — but there’s a lyrical bent that’s as carnal as it’s crafty, and a newfound sense of sonic exploration that results in the genre-smasher Spoon have flirted with in the past but not fully consummated.

The ten songs on Hot Thoughts run the gamut from the kaleidoscopic opening title track (as tone-setting as say, “Dirty Mind” for the album it commences) through the gargantuan stomp of “Do I Have To Talk You Into It” and ubiquitous wiry hooks of “Can I Sit Next To You” to the bittersweetness of “I Ain’t The One” and the deadpan swing of “Tear It Down” — less the telling of an apocalyptic vision and more what Daniel describes as a song about “empathy for strangers.”