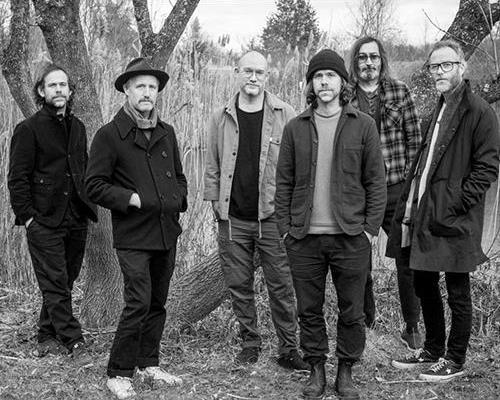 10pm on Sunday, June 30th at the Miller Lite Oasis

THE NATIONAL
Four years have passed since the release of Trouble Will Find Me, and to the outside world it might have seemed like the members of the National spent that long interim working on everything but new National songs. But in September 2014, two months before the band headlined the 20,000-seat O2 Arena in London, Aaron passed along the first set of musical sketches to Matt. “We really didn’t take much of a break,” says Matt. “We started working on this record the minute we finished touring the last one. The only break we took was from the constant pressure we put on each other.”

“We didn’t feel like rushing it,” says Aaron, who produced Sleep Well Beast. “People thought the National went away, but we were just working on ideas.” With members now living in five different cities, the band made an extra effort to get together in the same room – sometimes in studios in upstate New York, or out in Los Angeles. “We’ve always worked on demos together,” explains Bryce. “But this time we were actually in the same physical space doing it.”

“When we all lived in Brooklyn we rarely did these kinds of week-long sessions” says Scott. “This time we got together for long stretches, just to mess around and experiment without deadlines or distractions.”