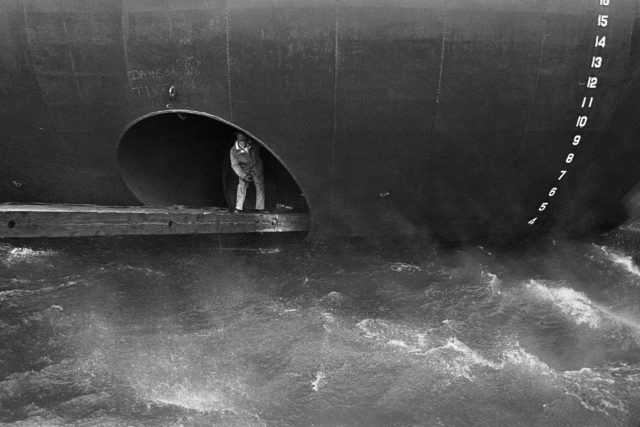 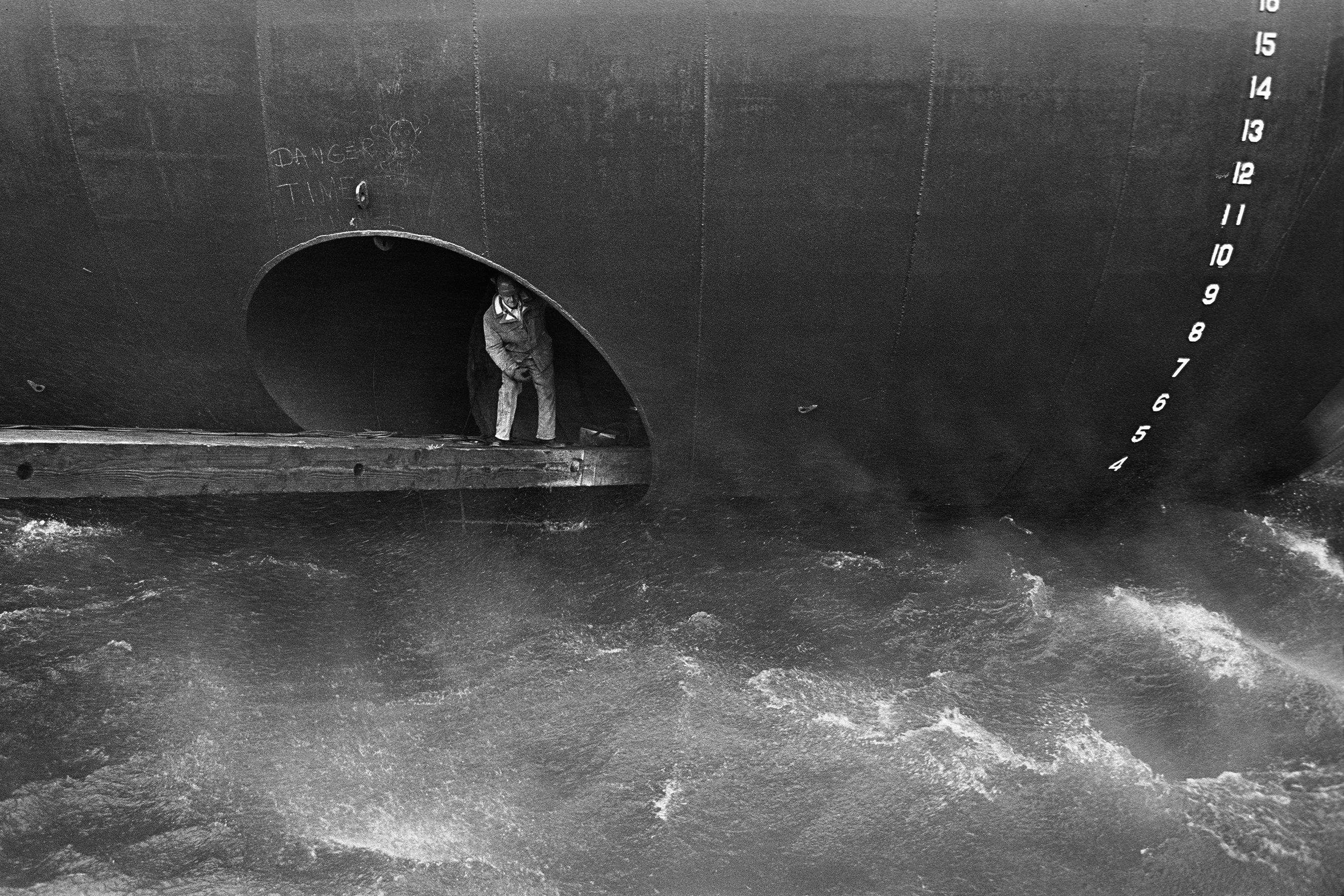 From August 16, 2019, through September 2, 2019, The 730 Projection will screen the film “Winter Layup” by Jim Brozek nightly on the storefront window immediately west of Mo’s Irish Pub (142 W. Wisconsin Avenue). The piece can be experienced directly from the sidewalk by all passersby, where a bench has been installed for viewers. “Winter Layup” is composed of photographs made between 1979 and 1985 while Brozek worked as a laborer on lake boats during their winter layup. US Steel docked these huge ore boats in the Kinnickinnic River basin alongside Jones Island during the months when the Great Lakes freeze over. A soundtrack accompanies the film, commencing at dusk and running until 11 p.m. The film itself will run from dusk until dawn. Winter Layup’s soundtrack is a mix of actual sounds from inside the boats and recorded sounds created in a timpanist’s basement studio. In 2010, Brozek combined the sound with a selection of images from this five-year project to produce “Winter Layup” as a movie.