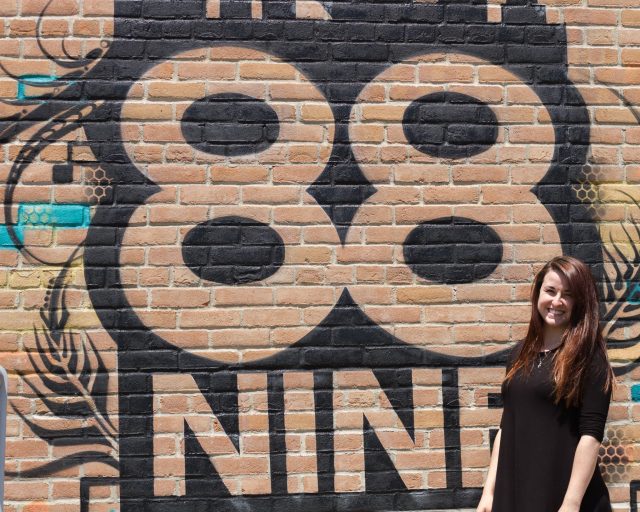 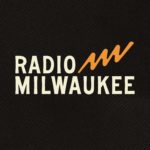 Chatting with Ben Scheuer from The Lion about music, crying in public and childhood smells

Great storytelling. Add to the mix fantastic music and you've got an idea of what to expect at The Milwaukee Repertory Theater's one-man musical The Lion.  Benjamin Scheuer uses his guitar to help tell his true story about love, loss, family and his journey to becoming a man.

Check out the interview that aired today above, or click the player below for the full, unedited version. There's good nuggets in there about Ben's association with Nine Inch Nails and how the show evolved from a coffee shop in NYC to a festival in Scotland.

More info and show times for The Lion, running now through November 8th, found at MilwaukeeRep.com.

**Photos from The Lion at The Rep courtesy of Matthew Murphy

Relive your childhood in 4 minutes with this inspiring video

Life was so much easier, when I was younger.  I remember how much I hated nap-time, when I was kid and now I long for those times again. And whatever happened to eating cereal while watching Saturday morning cartoons?  While those days might be gone, you can relive a part of your childhood in this very imaginative video that takes you on a journey through the mind of a 10 year old boy living in the 80’s and 90’s. The video took 18 months to make.

If you are curious on how they made this sweet video, check out the behind the scenes below.

Here is the song by Jordan Corey that was featured in the video. You can download it for free!

“The Dude” and “Walter” talk beer, Rubik’s Cube and more on the eve of Lebowski Fest

Kicking off today is Lebowski Fest.  The festival includes a screening of the 1998 classic film The Big Lebowski in Cathedral Square Park, a White Russian liquid lunch in the Pabst Theater Pub, a bowling party at JB's on 41 Bowling Center, and more.

In honor of this very special occasion, 88Nine sat down with "The Dude" (whose real name is Paul Niesen) and "Walter" impersonators to chat about serious issues of the day like beer, Rubik's Cube rumors, and footwear fashion.

So go make yourself a White Russian and enjoy this little chat.

Hey, there’s fruit in my beer!

It used to be on a warm summer day, you had a beer, or two, straight out of the bottle or in a frosty mug.

Then the Corona-drinking folks got all fancy and started jamming lime wedges down the neck of Corona Extra bottles. Then Blue Moon, following the lead of many European Weiss beers, added an orange to the rim.

Now, brewers are skipping the middleman and just infusing fruit right into their beers and some of the results are surprisingly tasty. Now these aren't Lambic beers, that's a whole different animal and perhaps a topic for another post.

The first fruit-infused beer I ever tried remains the best, to my palate: Shiner Ruby Redbird. I’m not gonna get all "tasting notes" on you and pretentiously tell you all the subtle, bizarre things in this brew. But suffice to say, as the ingredients: Ruby Red grapefruit and ginger both feature prominently here.

I do offer one observation: stick with the bottled variety versus the canned Shiner Ruby Redbird. I know it’s de rigueur for microbrewers to can their beer nowadays, but to my tastes the canned version lacks the bite of the bottled version. Your mileage may vary.

We go west to San Francisco for our next offering, 21st Amendment Brewery’s “Hell or High Watermelon,” a wheat beer infused with, you guessed it, watermelon —  a surprisingly tasty combo. As with the Shiner grapefruit beer, the fruity flavor is never overwhelming but more of a complementary note. No doubt it’s there. It doesn’t hit you over the head with flavor.

And since we like to drink local here, there’s no shortage of local brews with fruity infusion. But one of the first brewers to do it was Lakefront Brewery with its Cherry Lager. Infused with Wisconsin Montmorency cherries and Mt. Hood hops, this one has a bit more upfront cherry flavor. It is a spring seasonal, so it may be a bit tougher to find at some of the well-traveled beer and liquor outposts but well worth the effort of finding it.

I’m just scratching the fruity beer surface here but this is intended to be a conversation starter. Share with us your favorite fruit-infused beers — not shandys either, maybe a topic of yet another post — or sound off on your thoughts about these three fruity brews. Cheers!

Voyager is a new hybrid of comedy where Stand Up and Improv work together to make an evening the likes which may have never been seen before (at least in Milwaukee). This takes place at the Comedy Sportz building located at 420 S.1st St. Milwaukee. First show is Thursday, July 16 at 8pm.

Click the player above to hear my interview with Tim and Tyler that aired on the morning show today.

Milwaukee’s Juiceboxxx is the subject of a new book

Here in Milwaukee, Juiceboxxx is an artist you either know from 88Nine airing "Walking in Milwaukee," high-energy local basement shows, or daytime news' "Worst Rapper Ever;" but for Slate writer Leon Neyfakh, he's a compelling embodiment of choosing art instead of a more stable route.

In Neyfakh's book released today, "The Next Next Level" is not just a profile of the artist, but a personal account of their friendship and its effect on the author. The book has already been reviewed favorably by Lena Dunham, Chuck Klosterman and magazines like The Fader, Rolling Stone, Details, Pitchfork and more.

Pick up a copy and then catch his performance July 27th at Riverwest Public House to see for yourself.

Last month, as a part of National Bike Month we saw National Bike To Work Week; well, things work a bit 'difernt' up here in Wisconsin. With an often chilly spring to contend with, someone came up with the shrewd idea to move our bike week to June. But why do you care?

If you have to go to work, why do it the hard way? You'll do it because if you don't you might as well sell that super-expensive bike you bought to someone that actully, you kow, does stuff. So do something!

Though chilliness still reigns, it looks like Wisco will be warm next week just in time for Wisconsin's Bike to Work Week and Wisconsin Bike Federation has a dizzying array of coffee-providing waystations to help you not only stay awake, but also to help you feel like you aren't so alone in this. On top of the commuter stops throught the city, every day next week has a couple of extra non-commute bike events to entice bikers of every stripe to get out and ride somewhere.

This is just a rough outline of the activities, check in with the Wisconsin Bike Federation's Bike to Work page for more details. And for cryin out loud ride your bike sometime!

Music coverage always focuses on the musician. I think that’s a mistake. That only covers half of it. The other half of the relationship is the listener. And I think that half is just as important. Collectors is about the listener. Obsessive listeners. Collectors. Guys in basements with creaking shelves of 45’s from the past half a century. Girls who dig through dusty crates looking for that rare Japanese print of their favorite punk band who broke up in the late 70’s. People who have spent more money on an original Paramount 78 than they are comfortable admitting to someone who isn’t in the know.

Protected intersections for bikers… Are they right for Milwaukee?

While biking in the city will remain dicey for the foreseeable future, some smart city planners have come up with an interesting approach to a protecting riders at one of their most vulnerable spots; the intersection.

Intersections' danger really comes from the fact that for the most part, they were designed simply for cars and pedestrians, bikes being an afterthought. At best, a particularly big or dangerous intersection you might get a confusing mix of painted bike lanes that are tricky to navigate and shared with cars in a way that often nullifies their convenience or makes the situation as dangerous as if they were not there. Clearly, intersections could be better designed to accomodate bikers while respecting their safety.

That's what planners in Salt Lake City saw, and they've developed the first protecteed intersection in the U.S. and it looks like this…

What do you think? Would this work in Milwaukee?