This Bites: Schooling the next wave of Milwaukee restaurateurs 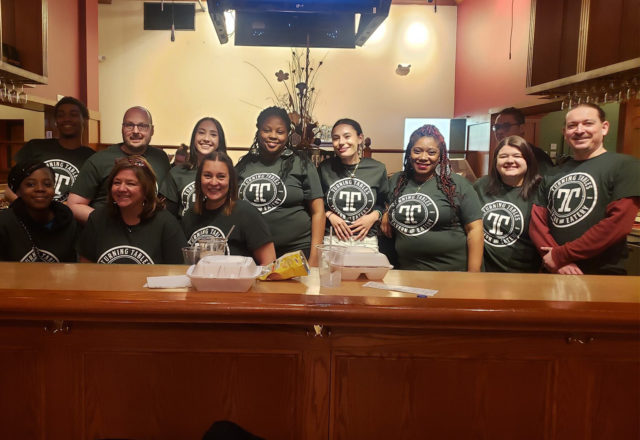 Talent is something the Milwaukee food scene has never been short on. But talent doesn’t guarantee success. A new restaurant we talk about this week seeks to address that with a win-win concept: a teaching kitchen where local food entrepreneurs get valuable training and guidance, and customers get a great meal prepared by skilled hands.

Listen to learn more about Turning Tables Tavern & Eatery located in Historic Turner Hall, as well as these odds and ends from our city’s culinary community: 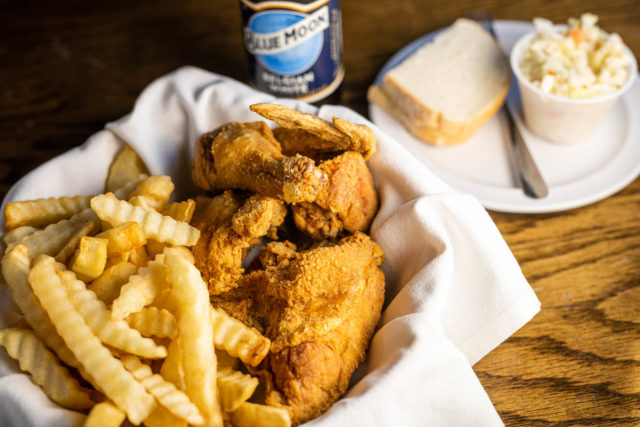 We get this week’s episode rolling with a deep dive into Milwaukee’s fried-chicken scene, which gave me the opportunity to lay down a maker for the correct way to do chicken and waffles (spoiler: enough with the chicken breast already). Then Ann recounts the foodie road trip that took her all over the state — Sheboygan, Madison, La Crosse and more.

Listen below to find out why Milwaukee Magazine decided to expand its borders for this culinary excursion and hear our fried chicken chat. You’ll also get the details about an eagerly anticipated pop-up pizza spot and how one community turned an eyesore into a food-truck destination.

Did you miss National Fried Chicken Day again? If you didn’t have July 6 marked on your calendar, no worries. It’s not like you need an excuse to chow down on this wonderful way to prep poultry. Ann scoured the city to find the very best, which we won’t give away here except to say none of them contain the word “Kentucky.” Listen to our discussion and then head over to her article for the list.

Starting in August, one of the finest occasional pizza offerings in Milwaukee will be on a regular basis, when the Pier Garden opens in the Third Ward. This pop-up located at The Starling event space (102 N. Water St.) is a partnership with Tall Guy & a Grill catering, which operates Flour Girl & Flame pizza, makers of a truly excellent Detroit-style pie. Ann has all the details over at Milwaukee Magazine.

From empty lot to full bellies

The site of a former Clark gas station in Grafton will welcome vehicles once again, but in a much tastier format. Food trucks will set up shop in the lot at 1020 Washington St., now called Grafton Station. The Smokin’ C’s BBQ & Rotisserie was first to secure a spot and will be there every Friday from 11:30 a.m. to 6:30 p.m. through October, according to the Milwaukee Business Journal (subscription required). 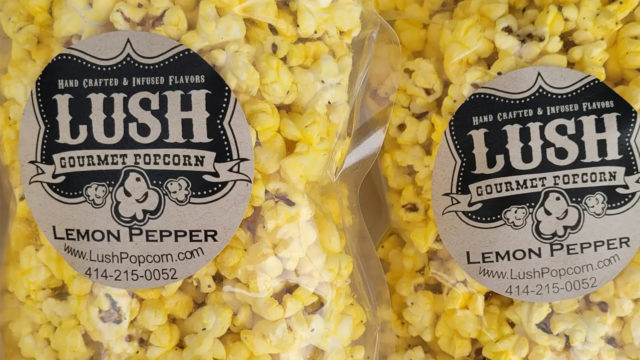 Our latest episode pops off with the news that Lush Popcorn is due to set up shop in Riverwest in the former Klinger’s East space. We also talk about an incredible four-day celebration of food at Turner Hall that doubles as a graduation day for a group of local chefs.

Listen — and read — below for more on those stories, plus a new brunch spot, a peach-centric social event and other food news Ann has gathered from around town.

As reported by Urban Milwaukee, Lush Gourmet Popcorn and Lemonade has its sights set on a Riverwest location that will allow the company to move well beyond snacking. According to the liquor license application for 920 E. Locust St., owner Marcia Taylor plans to offer popcorn and beverages — both with and without alcohol — a range of snacks, and a few tavern staples like burgers, fries and fish.

Out of the frying pan …

It’s “into the fire” time for a collection of local chefs who are currently presenting restaurant concepts at a showcase hosted by the soon-to-open Turning Tables Tavern and Eatery in Turner Hall. But thanks to the restaurant’s owners, the aspirants went in prepared.

The event, which runs through tomorrow, is a final exam of sorts for the chefs, who went through a months-long training program covering everything from menu design to marketing. Event organizer Emerald Mills told Urban Milwaukee the goal is to elevate minority-owned businesses — a broader mission for Mills, who founded Diverse Dining and also co-owns Turning Tables.

The recently scaled-back Palomino has a ticketed dinner event on the books for next Wednesday, July 27. The Peach Social with Tree Ripe Fruit Co. will feature Georgia’s favorite produce in a variety of dishes, desserts and drinks. You can get tickets now, but first be sure to check out a few other stories from Ann and the team at Milwaukee Magazine:

This Bites: two closings, two relocations and a restart 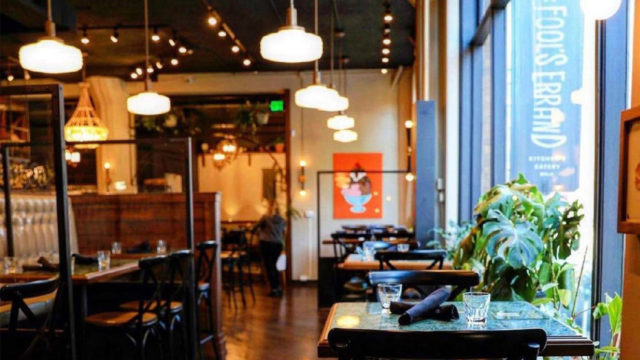 Our latest episode mixed in some bad news with the good. Let’s get the bad out of the way first: Fool’s Errand in the Third Ward and Palomino in Bay View announced they’re shutting down, albeit for different reasons. On the brighter side, we talked about Comet Cafe officially restarting dinner service, Big Daddy’s BBQ making a big move across town, and MKE Wine Fest decamping to the Deer District for its second installment.

Earlier in the week, Ann had the unenviable task of reporting on a restaurant shuttering for good. Fool’s Errand, opened by Dan Jacobs and Dan Van Rite of DanDan and EsterEv fame, will see out the rest of July before closing. The duo shared a release that noted they “do not currently have plans to continue a Fool’s Errand concept, but we do have other exciting projects on the horizon!”

The news out of Palomino was slightly more encouraging, with the owners using the phrase “temporarily closed” in a notice on their website. The culprit: pandemic-related staffing shortages they hope will fade in time so they can reopen next year. As Urban Milwaukee reported, staff received an email indicating that most of the Palomino team would relocate to shore up efforts at Honeypie, SmallPie and Comet Cafe.

A restart and two relocations

Speaking of Comet Cafe, it’s been a gradual resurrection for the East Side eatery, which shut down two years ago but reopened for breakfast and lunch under new ownership last month. Now, dinner’s back on the menu as of this Saturday, when closing time moves to 9 p.m. (with drinks or pie available until 10 p.m.).

[Update: Due to a staff injury, Comet Cafe pushed back its dinner restart to Wednesday, July 27.]

The first of the two moves belongs to Big Daddy’s BBQ, which decided to trade its spot on Humboldt Avenue in Riverwest for one at 92nd and Capitol. Co-owner Rita Lee told Urban Milwaukee the owners of the Humboldt building decided to sell, resulting in the relocation.

MKE Wine Fest is the other site-switcher, with its second annual installment moving from last year’s Mitchell Park Domes location to the Deer District. Organizers expect around 200 wines and champagnes for attendees to sample at the Sept. 17 event.

This Bites: tasty frozen treats to try in Milwaukee this summer 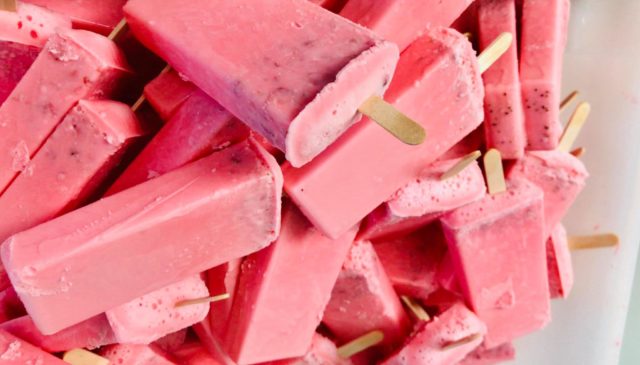 In this episode, we talked about Ann’s picks for frozen treats in Milwaukee, a charity dinner hosted by Milwaukee’s top chefs, a network of women food entrepreneurs, Riverwest Co-op cafe’s temporary closure and Gordo burger becoming a late-night dessert spot.

In the latest issue of “Milwaukee Magazine,” Ann selects some other picks for frozen treats to enjoy around the city. Some of her selections include the wide variety of pops from Paleteria Yayo, the creamy treats from Scratch Ice Cream, and Dairyland’s frozen custard.

The charity dinner we discuss will take place Aug. 21 at Milwaukee Public Market. Hosted by Egg and Flour chef Adam Pawlak, the event will feature courses prepared by some of the city’s top chefs, including: 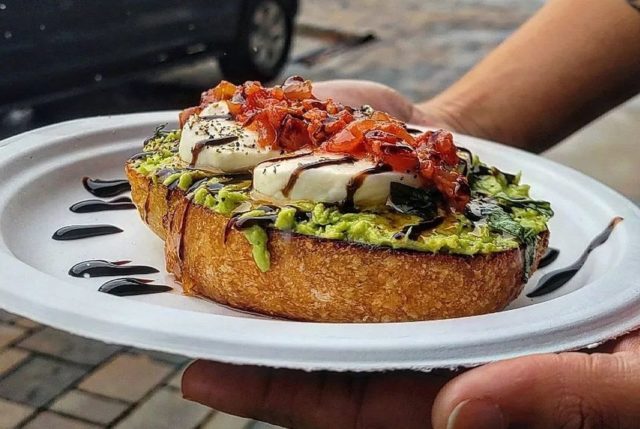 In this episode of “This Bites,” we talked about food trucks to try this summer, farm dinners across the state, Fondy’s Farmer’s Market upcoming events, Iron Grate’s whole-hog BBQ and a new Italian restaurant coming to East Town.

On July 3, Iron Grate BBQ will host a whole-hog barbecue featuring a full plate of pork, summer corn salad, black-eyed peas, a strawberry shortcake and strawberry margaritas. The barbecue will take place from 10 a.m. to 4 p.m.

Fondy’s Farmers Market recently shared its schedule of events, including its annual barbecue and vegan cook-offs. 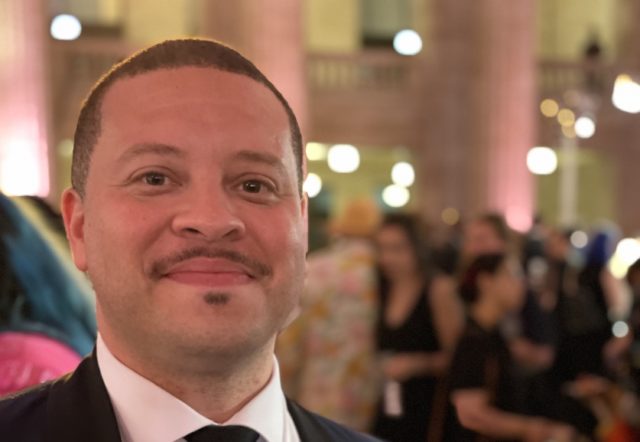 In this episode of ‘This Bites’, we talked about the James Beard awards and Milwaukee’s first award since 2014, 10 patios to enjoy this summer, drinking trends, Purple Door’s next permanent ice cream flavor, and more. 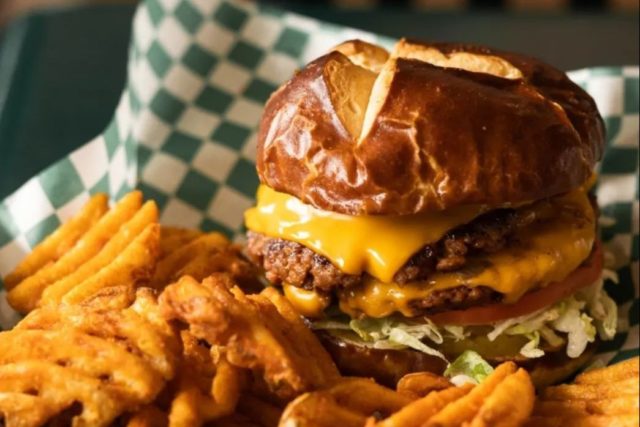 In this episode of This Bites, we talked about Twisted Plants new spot off of Brady Street, the return of Comet Cafe, a Tiki pop-up at Hotel Metro, Nice Times closure, and Maxie’s expansion.

Milwaukee Magazine reported that Comet Cafe has reopened under new ownership. Back in 2020, the East side established closed its doors due to the pandemic. Now owned by the parent company Pie Inc. (Honeypie, Small Pie, Palomino), Comet Cafe is now serving breakfast and lunch and will soon be serving dinner. Plus, you can get pies courtesy of Honeypie.

The hours: Wed-Sun 9 a.m.-3 p.m. (food) – with the bar and pie service continuing until 5 p.m. When evening hours kick in, food will be served until 10 p.m., with the bar staying open until midnight. 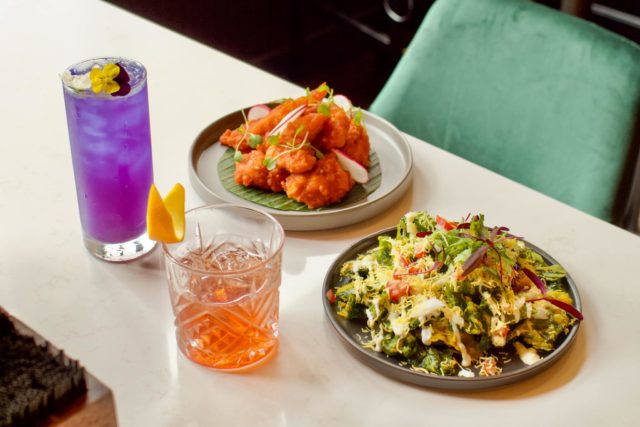 In this episode of This Bites, we talked about a new modern Indian restaurant, Milwaukee’s first-ever Halal Restaurant Week, AsianRican new brick and mortar restaurant, a new cafe in Bay View, and a new Mexican restaurant in Walker Square. 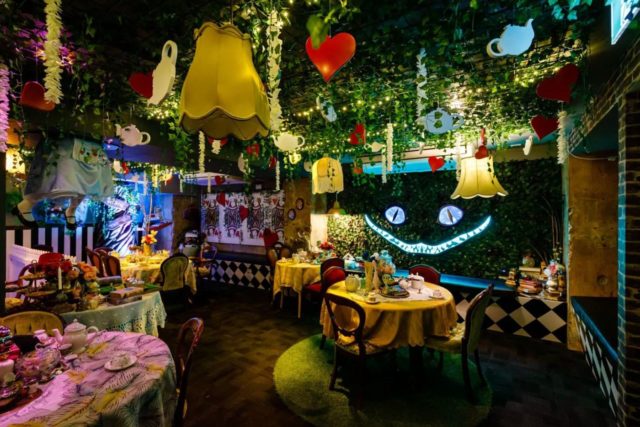 In this episode of This Bites, we talked about a Puerto Rico food bus in New Berlin, Cafe Hollander’s new menu, a Seattle bakery pop-up in Milwaukee, Bittercube’s new whiskey and cocktail club and a new tiki bar in Bayshore.

There is a new option for Puerto Rican food in the Milwaukee area. La Promesa recently launched a Puerto Rican food bus in New Berlin. One half of the bus is seating and the other half is the kitchen, and the decor is inspired by San Juan. The menu will feature item like Carne Frita. La Promesa is located at 21300 West Greenfield Ave., New Berlin (formerly Westbrooke Wesleyan Church). You can learn more about the bus via The Waukesha County Freeman website.

Starting in June at the Brown Bottle, folks can experience a unique cocktail series inspired by Alice in Wonderland. The Alice — an immersive cocktail experience — is a 90-minute topsy-turvy journey into the magical realm of Wonderland according to the press release. Attendees will create two bespoke Wonderland cocktails, solve riddles and challenges just like Alice and more. The series will run Wednesdays through Sundays from June 8 through August 7. Learn more and to buy tickets visit the event’s website.