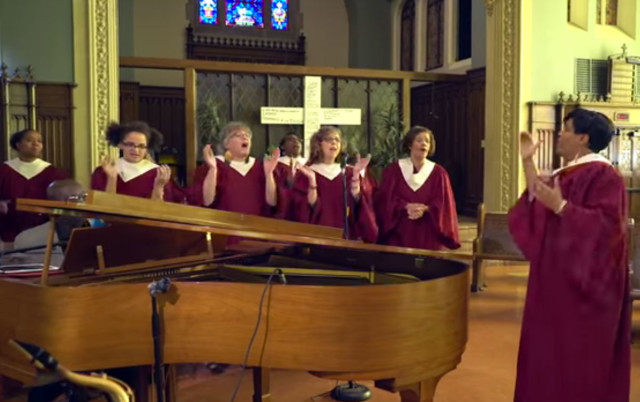 In the fourth episode of our series “88Nine Presents: Milwaukee with John Gurda,” we explore the neighborhood of Harambee, following the chapter from Gurda’s new book, Milwaukee: City of Neighborhoods.

It is a neighborhood that has seen its share of struggle and poverty, but there's also a real spirit of working together to try to improve things for future generations.

Harambee is a long and narrow section of Milwaukee, running all the way from North Ave. to Capitol Dr., and from Holton St. to I-43.

Originally settled by Germans in the mid 1800s, the neighborhood remained a rural oasis outside the city limits, full of beer gardens and its own amusement park, run by the Pabst Brewery.

But by the 1930s, the ethnic makeup began to change in Harambee as Germans moved further north as Milwaukee expanded.  An influx of working-class African Americans replaced them, and today, Harambee is a stronghold of Black culture and commerce in Milwaukee.

Our coverage continues with audio stories below.

Click the first player to hear how Harambee began as a German settlement — originally named Williamsburg — outside of Milwaukee proper.

Then, listen to the story below of Harambee’s involvement in  Milwaukee’s 1967 “civil disturbance,” a turning point of the Civil Rights Movement in Milwaukee.

Music: Milwaukee’s own Vic Pitts and the Cheaters – “Coming Home Baby,” “You Made Me Love You,” and “Down By The River” (Neil Young cover).

Next up: Bay View on April 27!  Visit 88Nine Presents: Milwaukee with John Gurda for more information.