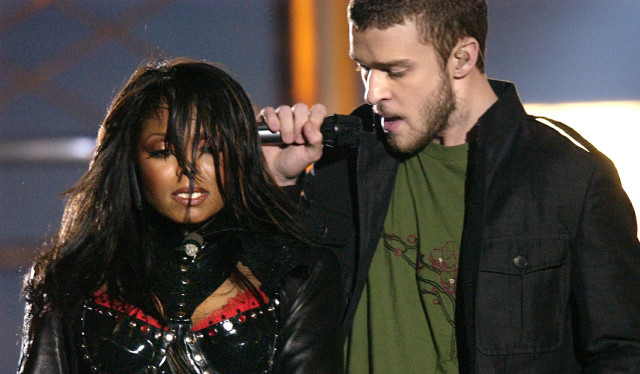 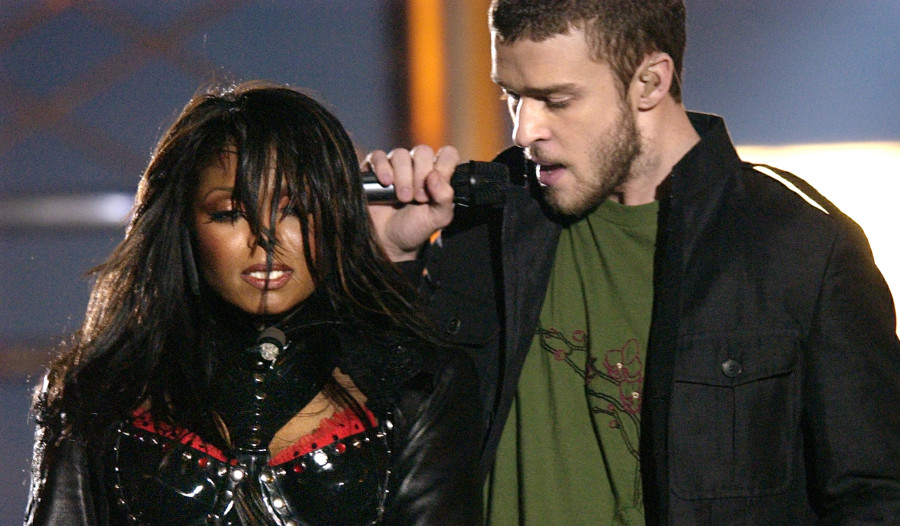 Weird that the person introducing the performance begins with “Gentlemen!” (Were no women at the game?)

Up with People, described as an educational, musical experience, performed at several Super Bowls. Donning gender-appropriate outfits and permed hair, Up with People performs a 1960s mashup in this show. Lots of jazz hands and smiling mouths filled with white teeth.

There’s a part where the camera shows an awkward swirling vortex of dancers sprinting in a circle. At least we learn something from this halftime show, right?

(Ah, the power of auto-tune)

So, they don’t really have an audience around them. Instead, there’s a coordinated collection of dancers, clad in body suits that glow green when the lights go out.

The Super Bowl halftime opens with the Black Eyed Peas descending from above, only to awkwardly stand alongside one another while each takes a mini solo to belch lyrics into the microphone. Fergi’s voice is a panting screech. It feels like the four of them never rehearsed.

This is the moment when all onlookers realize the true lack of substance in their lyrics. They have cool, futuristic outfits, though.

(That awkward pause in the beginning was obviously staged)

Even the sweat beads on MJ’s forehead emit power. His performance during Super Bowl halftime XXVII is nothing short of greatness.

The show opens with screens on opposite ends of the field looming over the fans, Michael Jackson replicas shooting from the tops. The camera pans to the stage showing the King of Pop in an iron-like stance.

Nearly three minutes pass before music plays. The next nine minutes are packed with iconic dance moves, the classic “he-HE,” fountains of smoke, audience involvement, a giant blow-up globe and tributes to equality and peace. One for the books.

Explosive. A hair-whipping, hair-raising manifestation of energy dancing in six-inch heels. Beyoncé at the Super Bowl earned its place in history. (She returns this year — probably because she was so great at this one three years ago.)

Bursts of flame light the stage and illuminate two symmetrical faces. Bey bursts from a billow of smoke into “Crazy in Love” and power-steps to the beat. Even Destiny Child’s Kelly Rowland and Michelle Williams join on stage. “Thank for you this moment, God bless y’all,” she says at the end.

“Nipplegate.” It was 12 years ago and people still talk about it. The term “wardrobe malfunction” lives on.

To wrap up the show, Janet Jackson, 37 at the time, bursts into “Rhythm Nation” on an elaborate stage. Eventually, 23-year-old Justin joins her and they start dancing to “Rock Your Body.”

It’s a sensual combination of moves, the distance between their bodies thinner than a magazine. As the song nears its end, Janet and Justin stand atop a handful of stairs, side-by-side.

Justin sings, “’Cause I bet I’ll have you naked by the end of this song” and tears off half of Janet’s top, exposing her right breast. Out go the lights.

It’s curious — the timing and parallel to the lyrics.  Was this premeditated?  Both parties claim it was a mistake. But I guess we’ll never know.

In an interview with MTV following the incident, Justin said it was unplanned. “You kind of have to have a sense of humor about all if this,” he said. He said he felt he only got 10% of the blame, while Janet received a majority.

“I think that America’s harsher on women,” he said.

I used to watch the Super Bowl purely for the commercials. I could usually get a pretty good laugh at the various, impulsive ways people tried to get their hands on a bag of Doritos.

But then came the Super Bowl halftime shows.

The rise of halftimes started in the early 1900s. Big-time pop stars replaced collegiate marching bands — and with that came another reason for me to watch the game.

Some halftimes have been really memorable — for reasons good and bad. We’ve compiled a list of the Top 5 Most Memorable Super Bowl Halftime Shows, spanning the spectrum of “goosebumps” to “please turn this off, I’m cringing.”

This Sunday is the 50th anniversary of the big game, so narrowing it down to five wasn’t easy.

Agree or disagree? Let us know.