Bay View is getting its own enormous new food hall

Bay View is getting its own enormous new food hall 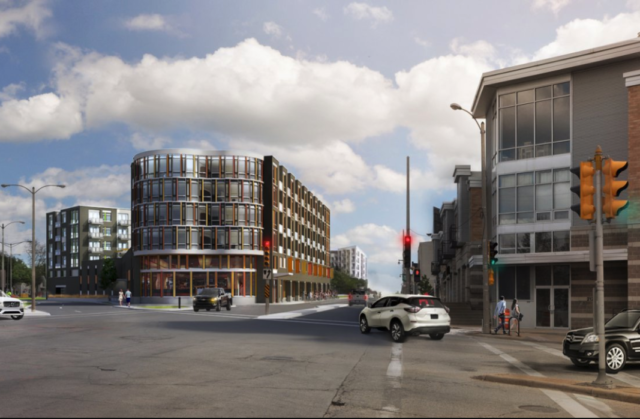 The firm that opened Milwaukee’s Crossroads Collective on the East Side is bringing a new food hall to Bay View. New Land Enterprises will open its Flour and Feed food hall and market on the first floor of its six-floor KinetiK development at the southeast corner of South Kinnickinnic Avenue and East Bay Street on the northern end of the neighborhood. The developer expects to open in May 2020.

It’ll be a good deal larger than Crossroads Collective, too. The developer says the food hall and market will occupy 11,500 square feet of KinetiK’s 16,500 square-foot first floor. Tenants have not been announced yet, but in an interview with the Journal Sentinel, developer Tim Gokhman said he expects eight food vendors and about four retailers. Those retailers could include a mix of local makers and clothing vendors and an olive oil store, Gokhman told Urban Milwaukee‘s Jeramey Jannene.

A stage in the space could host activities like cooking classes and live music. The food hall will also contain a bar serving beer, wine and cocktails.

Perhaps the most unique feature of Flour and Feed will be its outdoor plaza. Part of the street at the development’s south end, formerly East Archer Avenue, has been closed to create a pedestrian plaza that includes outdoor seating. The plaza will be heated from the underground parking underneath, allowing for year-round outdoor dining.

Flour and Feed will join the two Milwaukee food halls that opened in 2018, Crossroads and the Sherman Phoenix. Another food hall called the 3rd Street Market Hall is also scheduled to open next year in the former Grand Avenue mall.