The beauty of the ugly sweater

The beauty of the ugly sweater 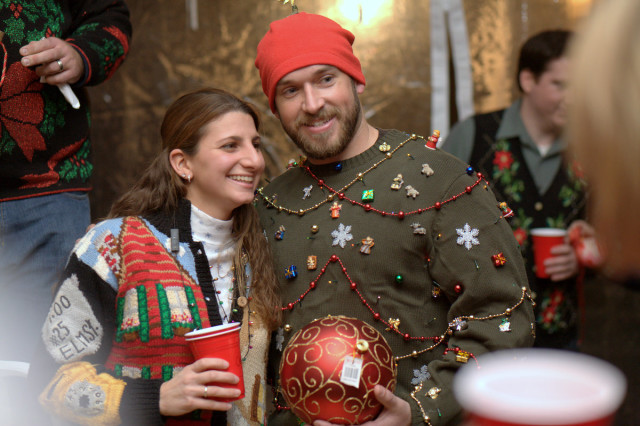 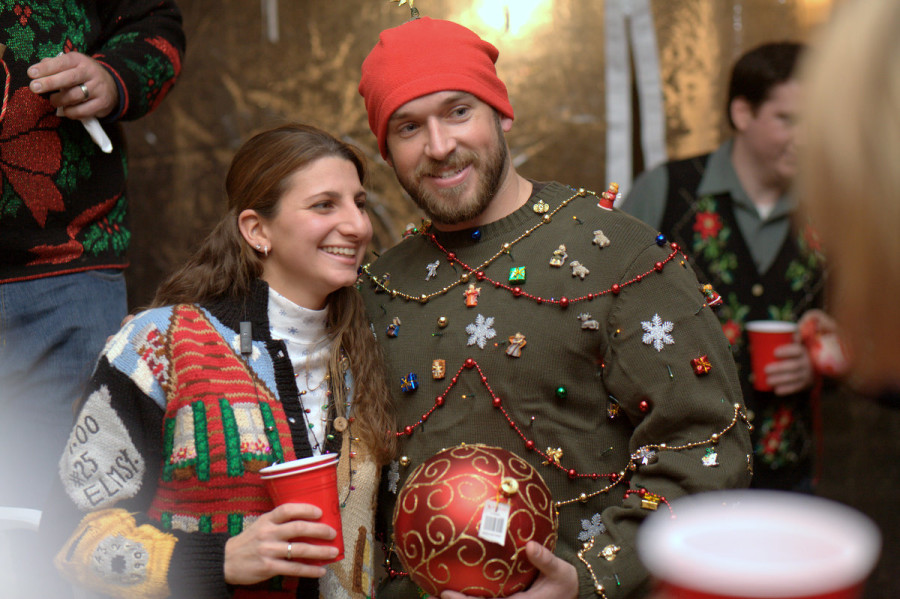 It’s also the season for selling ugly Christmas sweaters — something Wauwatosa’s Jack McCarthy, CEO of UltimateUglyChristmas.com, knows all too well.

Jack started his company in 9th grade — yes, 9th grade — after selling an ugly Christmas sweater on eBay. He and his sister put it up, only expecting to get a couple bucks.

“It was after Christmas, so we thought it might not work, but there was a bidding war for it. It went for over $50,” McCarthy said. “We only bought it for five bucks at Goodwill or something and now there’s that demand.”

Soon after, in 2009, he started his business. Since then, he’s watched the trend grow dramatically.

“At that time I first sold it on eBay, there was only 30 listings for other Christmas sweaters so it was pretty small. I just checked eBay right now and there’s over 108,000 listings.” 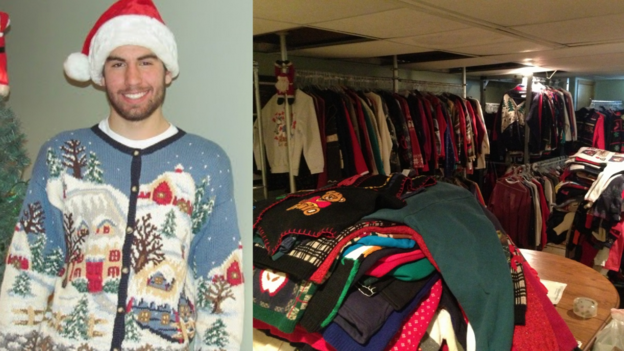 Jack is a junior at Babson College near Boston and runs Ultimate Ugly Christmas from his parent’s house in Wauwatosa.

“I have a bunch of clothing racks up, a whole inventory management system. They’ve been gracious enough to let me use their basement.”

As for the inventory filling the racks, McCarthy enjoys the process of collecting ugly sweaters. He brands them as “vintage authentic grandma sweaters.” They’ve got to be one-of-a-kind.

“I find them at various thrift stores, yard sales and estate sales across a few different states in the Midwest. I also love the thrift shopping aspect of it. It’s fun to to take a road trip, an adventure hunt, to find other things as well.

’Tis the season of the ugly Christmas sweater.

They don’t leave much blank space

So, what makes an ugly sweater “ugly?”

“Ugly is in the eye of the beholder. But, from seeing thousands of these, what I’d say is the best ones have a variety of different colors, plenty of patterns. They don’t leave much blank space,” he said.

The sweater is like a canvas for an explosion of different decor.

“It’s almost an eyesore, a lot to handle visually. Some even have bells on them so every time you walk around you’re jingling. Some light up or have different 3D figures hanging from them or fringe. It’s one of those things where more is better.”

they’re like an excuse to wear something completely ridiculous

The ugly sweater is not just an ironic fashion statement. It’s become a competition.

“It’s all about who can be the ugliest between friends. I find a lot of similarities between Halloween costumes — you really get into the spirit, get into this time of year, you dress up, go to parties. It’s fun and everyone’s different,” McCarthy said.

These sweaters get people into the holiday spirit and give them a reason to look crazy.

“It’s kind of an excuse to dress up. Christmas sweaters, they’re like an excuse to wear something completely ridiculous, have fun with the holidays, get out of your comfort zone in a very fun way.”

It’s a trend that has taken the world by storm — a storm of cut-out fleece snowmen, tacky ornaments and sewn-on string lights. It’s a staple of holiday parties, as common as egg nog.

So, as you head out to your parties this holiday season, two words of advice: get ugly.