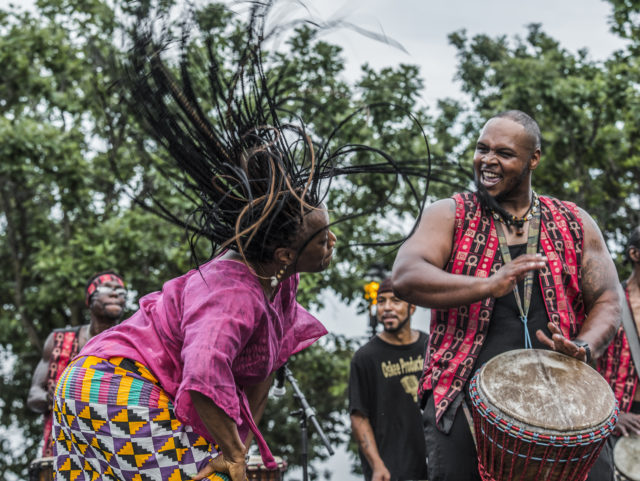 Black Arts Fest MKE had a void to fill when it debuted last summer. Milwaukee hadn’t hosted a celebration of African and African American culture on its lakefront since 2013, when the African World Festival held its last event at the Summerfest grounds.

Black Arts Fest MKE Executive Director Patrice Harris says the festival’s long-term hope is still to grow from a day-long event into a two- or even three-day weekend. But first Black Arts Fest needs to demonstrate continued interest in the event, and to do that, it needs all the community support it can get when it returns to the Summerfest grounds this Saturday, Aug. 3.

“Our board really deserves a lot of credit: They were the ones who were adamant that our community needed a festival, and we have one now,” Harris says. “But it’s up to the community to keep it going. If people don’t buy tickets and come to the festival and buy food or drinks or marketplace items and help support the event, we won’t have the revenue to keep putting it on.”

The festival has a few things working in its advantage heading into its second year, including some community donations that Harris describes as generous (and one she calls “mind-blowingly” so).

It should also benefit from an inviting Saturday weather forecast and a strong lineup that includes perhaps the festival’s biggest headliner yet: R&B hit makers SWV. One of the most popular R&B acts of the ’90s, the trio has enjoyed a resurgence in recent years, releasing a pair of great comeback albums (2012’s “I Missed Us” and 2016’s “Still”), and even appearing on Chance the Rapper’s new album.

Other headliners include soul singer Bettye LaVette (whose most recent album “Things Have Changed” was nominated for a pair of 2019 Grammys) and a reunion of the Milwaukee soul group The Seven Sounds in tribute to the group’s late leader, Harvey Scales.

There will also be a kids area, a marketplace, a health and wellness exhibit and free dental cleanings for kids. The fine arts pavilion will be back, too. “That was actually one of my favorite things about the festival, because I don’t think it’s often you see a festival with a fine arts exhibit,” Harris says. “And to be able to offer the chance for the artists to sell their art and not charge them a dime is really rare. It’s a great chance to expose these artists to an audience that might not find them otherwise.”