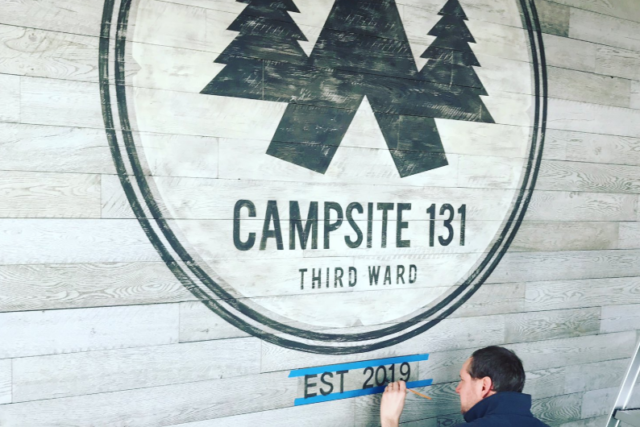 The menu will also include ice cream-based cocktails and a selection of old fashioneds that is a bit simpler than Camp’s menu of 10 to 15 varieties, according to the BizTimes.

Campsite 131’s food menu will be similar to Camp’s with sharable bar food including a flatbread-style pizza made by Cranky’s in Wauwatosa as well as cheese pairings for the wine.

In March, those who love Camp Bar but prefer a glass of wine by the fire instead of a beer will only need to walk about a block away from the Third Ward location to the new Campsite 131 wine bar.

Named for its address at 131 N. Jackson St., Camp’s newest concept will have a slightly more upscale Northwoods theme with a long list of wines, but it’ll be just as cozy.