Celebrate Arab American Heritage month by listening to these artists

Celebrate Arab American Heritage month by listening to these artists 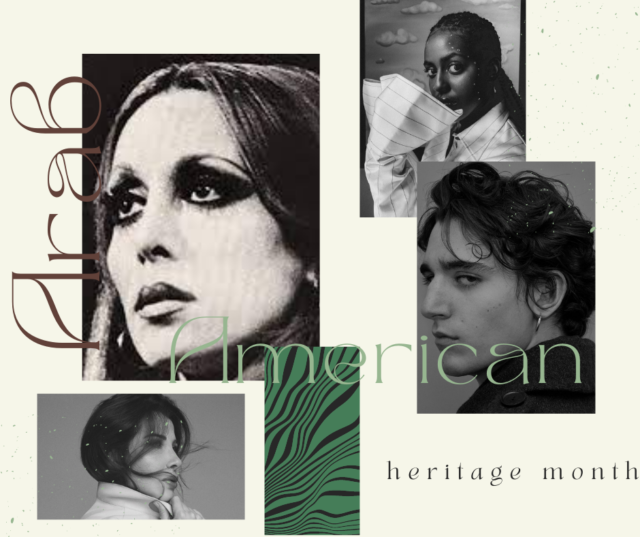 It’s Arab American Heritage Month, a celebration of the rich and diverse culture. Part of the fabric of the culture is our music; typically, Arabic music focuses on melody and rhythm rather than harmony. The richness of Middle Eastern sound has also been a critical component in shaping Western music.

The Arabic Folk song “Misirlou’, played with an electric guitar instead of the oud, gave cinema an iconic sound when Quentin Tarantino used it in the opening of “Pulp Fiction.” The opening strings of Aaliyah’s hit “More Than A Woman” sample “Aloui Ansa,” a classic by Syrian artist Mayada El Hennawy. “Erotica” by Madonna sampled Fairuz’s Arab Christian hymn “El Yom ‘Ulliqa ‘Ala Khashaba.”

I crafted a list of Arab musical artists you should know to kickstart your next playlist to celebrate this month.

When I first thought about this list, my mind immediately went to the “Queen of Arab Pop.” I mean, I had to put some respect to her name. In 2020, Billie Eilish gave a shoutout to Ajram and praised the song “Fi Hagat” on the podcast “me & dad radio.”

“I love this song and I love the melodies and I love the way she sings,” Eilish said in the episode. “I’m playing this because it puts me in a better mood.”

Both artists made efforts to collaborate; however, the pandemic stopped the project. Ajram is perfect for your pre-game tunes, a Bellydance battle or even jamming alone in your car.

Mashrou Leila is a Lebanese four-member rock band formed in Beirut, Lebanon. The band received backlash for having an openly gay lead singer, but now the band is the new face of Middle Eastern pop musical activism. Known for sensuality and a dazzling aura, Mashrou’ Leila is a voice of their generation.

DAM is the first Palestinian hip-hop crew and among the first to rap in Arabic. Their sound is unmistakable, fusing musical elements from the east and west. Mainly focusing on the ongoing apartheid, their lyrics go beyond and support global movements such as LGBTQ+ and Black Lives Matter.

This Belgian-Egyptian singer reminds me of Jeff Buckley with his incredibly rich falsetto. Having staged a small tour around the Middle East and opened for Lana Del Rey, Tamino quickly became a force with his ballads.

Sudanese singer-songwriter Gaidaa puts her heart into her music, unleashing a wave of neo-soul that commands our attention. She released “Morning Blue” as a love song for her native country after #BlueForSudan trended in a show of solidarity with Sudanese activists.

In my household, I reserve my Sunday mornings for Fairouz and a cup of mint-infused Arabic tea. However, across the globe, almost all Arab radio stations start every morning with Fairouz (also spelled Fairuz or Fayrouz) songs in their daily broadcasts. With a career spanning over six decades as the highest-selling Middle Eastern artist of all time, Fairouz continues to teach us the power of resistance.