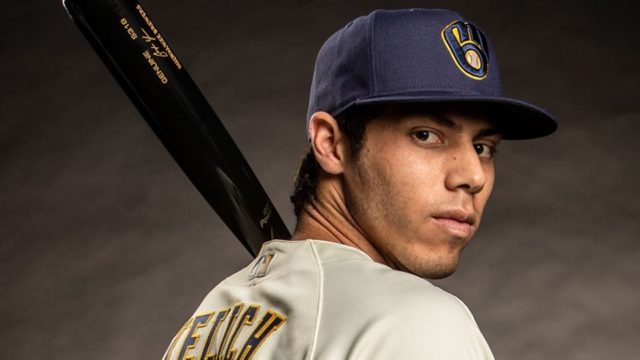 I ask because it may be a date and time which we will tell our grandchildren about as highly trusted and reputable MLB Network insider Ken Rosenthal broke the news that Brewers superstar outfielder, Christian Yelich, was close to signing a new nine-year-deal with the team for 215 million dollars.

Personally, I plan on telling my grandchildren in front of replicas of the nine World Series trophies which the Brewers will win between now and 2028.

High hopes and hyperbole aside, this is of course huge news for fans of the team. Anybody who has seen Yelich play since being acquired from the Miami Marlins on Jan. 25, 2018 knows that he has almost single-handedly turned the Brewers into a playoff contending group and this new deal locks him down past 2021 when his contact was initially set to expire. Not to mention, this news helps to explain why the organization failed to bring back fan favorite players like Mike Moustakas and Yasmani Grandal early in this current offseason and subsequently make relatively smaller moves.

What made my jaw drop to the floor however — and may mean the most for the city — is just how much money the new contract is for.

$215 million is such an astronomically large amount of money that it’s hard for most people to wrap their head around and understandably write it off as just another athlete’s humongous salary, but to put it bluntly: for a city like Milwaukee, this is almost unheard of.

For starters, it eclipses the contract which currently holds the record for largest in team history, being Ryan Braun’s $105 million extension in 2011 which Braun is currently entering into the final season of. But to truly put it into perspective, it would rank around 15th in terms of overall value across all sports and place Yelich within the top 20 for current annual salaries in Major League Baseball.

Some of these grandiose statements can be contributed to the rising salaries of athletes in general but short of Joey Votto’s current contract with the Cincinatti Reds (which is greater in value than Yelich’s, but not in annual salary), small market teams DON’T spend this kind of money. And that is a great sign for Milwaukee.

Not only does this show how serious the team is about their future success and building Yelich up as an all-time Brewers great, pay him what he deserves relative to his performance and his superstar peers but seemingly will prolong this current golden era of Milwaukee sports success. Success which (aided by Giannis and the Bucks) has gradually began to shift the long-held stigma that Milwaukee is incapable of prolonged winning.

Moreover, it clearly shows that the city can spend the amounts of money that large markets like Chicago and Los Angeles do. And with the Milwaukee Bucks looking to offer the Greek Freak a $250 million contract this upcoming summer to keep him around for years to come, Milwaukee may remain in the national discourse around sports for a long, long time.

Yelich’s deal is expected to be finalized this upcoming Friday if both sides come to an agreement.

For more on Milwaukee’s previous championship success and shortcomings, check out our community story on both the Milwaukee Brewers and Milwaukee Bucks.