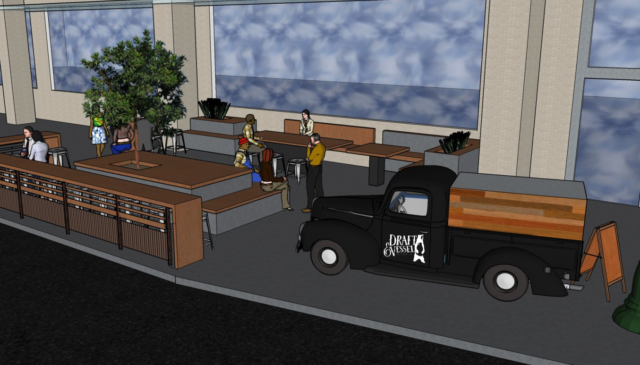 The centerpiece of the patio will be a 1941 Ford pickup truck with eight draft lines offering local craft beers not currently on tap inside the public market, as well as “a custom craft cocktail from Twisted Path Distillery and a few non-alcoholic beverages including Wisconsin-made kombucha and root beer,” according to a press release.

The patio will be open Thursday through Sunday throughout the summer months. During off days its seating area will be open to the public during the public market’s operating hours. The beer truck patio does not have an opening date yet; information about a grand opening and hours of operation will be announced in the coming weeks, according to the press release.

The public market is latest expansion for the Oakland Avenue brewery, which is also planning to open a Wauwatosa location.