Ever wonder what those red arrows on Route 32 signs signify?

Ever wonder what those red arrows on Route 32 signs signify? 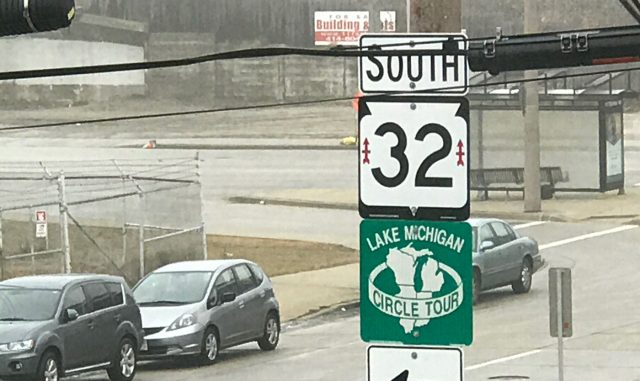 Last week, after seeing the sign daily for years, I wondered on Instagram and Facebook what the red arrows on Route 32 signified. Thanks to my social media pals, I got my answer, and then some. With help from Mr. Hintz and Mr. Kelley, my buddy Dan Redmond, whom I’ve known since childhood, dropped some serious knowledge on me. Read his treatise on the significance of those arrows… thanks Danny!

The 32nd Infantry Division, or Red Arrow Division, is a storied US army unit, especially if you hail from the great state of Wisconsin.  Decorated in WWI and WWII for bravery and tenacity, this unit of originally Wisconsin and Michigan National Guardsmen, became known by the French as, “Les Terribles” for their ass whooping reputation.

The symbol or insignia of the unit, The Red Arrow, is a line shot through with a red arrow.  This signifies the 32nd’s breaching of the famed Hindenburg Line in WWI, which was largely seen as a turning point in the war.  The 32nd became known as the Red Arrow Division shortly thereafter and remains so to this day.  Additionally, the 32nd was the longest serving division in WWII and fought with great distinction in the Pacific.  Wisconsin state highway 32 is designated the, “Red Arrow Highway” and bears the 32nd’s division red arrow insignia on every signpost.