I am deaf; music unsilences my world

I am deaf; music unsilences my world 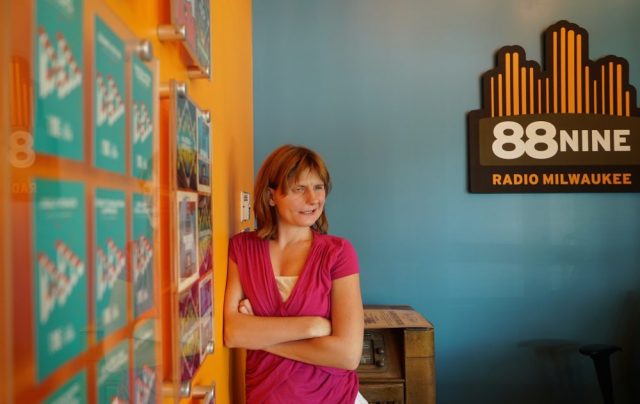 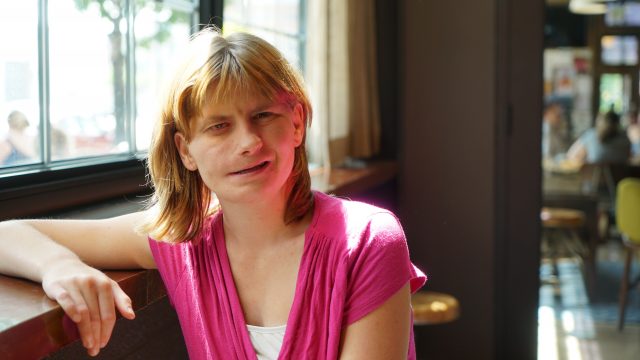 My name is Carolyn Sorrem and I really enjoy music, particularly attending concerts. Concerts give an overwhelming sensation to the senses, and that is what I love most about them! The feel of the vibrations and the flashing lights going with the beat of the music is a sensation like no other. Oh, I forgot to mention that I am deaf.

You may notice a new smiling face if you visit Radio Milwaukee. Meet Carolyn Sorrem, our new receptionist.

Carolyn is working at 88Nine, supported by Creative Employment Opportunities (CEO). CEO is a non-profit that connects employers to qualified employees with disabilities.

Deaf people live in a silent and sometimes, a lonely world. It might be a common thought that the Deaf can’t be musicians or be able to enjoy concerts. Well, I am glad to say it is the opposite of that! When the Deaf attend a concert or listen to music, there is so much more to experience than merely the sound and lyrics. Deaf people can feel the vibrations running through their bodies. They can sense if the pitch is high or low. They can sense the rhythm and instruments.

Music gives the Deaf the opportunity to un-silence the silent world they live in.

Deaf people desire to be around the most exciting and loudest music there is! Deaf people can also determine the genre of music and can be attracted to one genre more than the other — just like someone who can hear would. The types of music feel differently depending on if the music is loud or calm. Overall, music gives the Deaf the opportunity to unsilence the silent world they live in.

I went to Summerfest to watch Lucie Silvas and Brett Young perform. They focus on country music. I brought my friend to interpret the songs for me. Below is a review of their performances.

The first performance we watched was Silvas. She was born in the UK and raised partly in New Zealand. Her most recent album is “Letters to Ghost” on Caroline Records. Her songs were very smooth. The beat running throughout my body was normal, like a heartbeat. Her pitch was perfect. My interpreter could understand her, plus she had experience with falling in love, being in love, and breaking up. That was what Lucie Silvas’ songs were all about. This may be surprising to you, but I have never been in love. I am very lucky because love can be difficult. I don’t want that.

I like how the performer used her experience of love from everyone she knows. Silvas also performed a song about not judging others called “Shame,” from her upcoming self-titled album. This song has not yet been released. Also, I liked her performance of the title track from her “Letters to Ghost” album. It’s about how a ghost cannot give love to a person and letting go of the things that haunt you. I like how the performer describes love, and how everyone needs love. Without love, people will be unloved.

The next performer was Brett Young. He is a songwriter from Orange Country, California. He was a college baseball pitcher, but decided to write songs after getting injured. His songs were very loud. My interpreter had a hard time understanding him because his vocals wavered up and down with the beat, so she translated the lyrics from the Internet.

I love to feel loud music, so I can have a sense of what pitch feels like. The beat running throughout my body was very fast, every second. It felt like his vocals move higher and higher. It was like when a person speaks loudly.

I didn’t know both performers were going to sing from their albums, which everyone in the audience loved and wanted to hear for themselves. Plus, they each sang some new songs not yet released. It was very nice to experience the different styles of country music and how they performed and composed the lyrics.