You could find a BobbleHank Bobblehead in your neighborhood today

You could find a BobbleHank Bobblehead in your neighborhood today 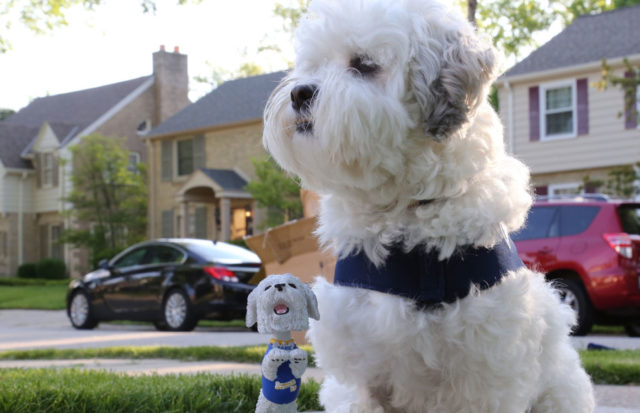 If you head to work or school this morning and see a fire hydrant, you might find a little surprise – a Barking BobbleHank Bobblehead.

To celebrate Hank’s All-Fan Bobblehead giveaway on June 12, the Milwaukee Brewers are having a scavenger hunt called “Hank and Seek.”  The Brewers with help of Hank, “The Ballpark Pup,” have distributed thousands of Barking Bobbleheads across greater Milwaukee and select locations in Wisconsin. The scavenger hunt will culminate in an appearance by Hank at the Brewers Team Store by Majestic at 10 a.m Friday.

Thousands of Barking BobbleHanks (the Bobblehead has a soundchip that barks) have been placed next to Hank’s favorite locations – fire hydrants and trees – throughout the greater Milwaukee area and select additional locations in Wisconsin. There is a sticker attached to the box instructing those who find the Bobbleheads to share a photo of their newly-acquired Barking Bobblehank on Instagram or Twitter by tagging @Brewers and using #HankandSeek to be eligible for exciting prizes, including pizza for a year, courtesy of Palermo’s Frozen Pizza, game tickets to the June 12 matchup with the New York Mets and a one-on-one meet and greet with Hank himself.

Please note: There is a limit of one Bobblehead per person.  The scavenger hunt will continue until all items have been claimed. More details and official rules can be found at brewers.com/hankandseek.