Five ways to honor the legacy of Prince in Milwaukee

Five ways to honor the legacy of Prince in Milwaukee 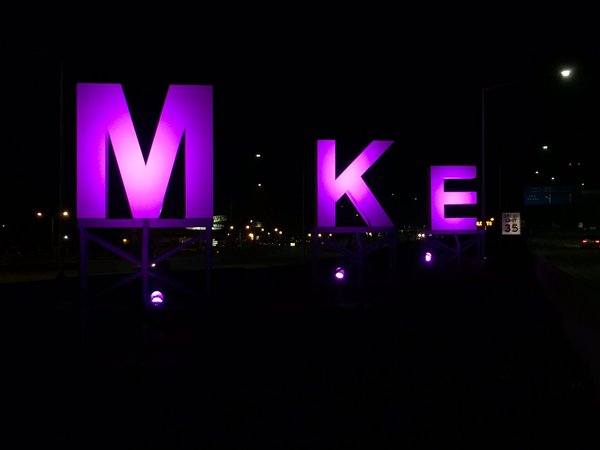 For the last few days since Prince has passed away, I have read a lot of stories about Prince and his impact on our society.  On social media, many people around the country and the world are holding events in his honor. I wanted to know what was happening in Milwaukee. I found four local businesses celebrating the life of Prince in Milwaukee.

Dock18 Cocktail Lab, a collaboration between Twisted Path Distillery and Bittercube will be serving five Prince-inspired cocktails all weekend long.  Cocktails will cost $9. Here are the cocktails:

With a name like Purple Door, you would expect they would do something to honor Prince.  They are offering a Raspberry Beret Sorbet Sundae with
one scoop each of raspberry sorbet and vanilla ice cream, chocolate chips, sprinkles, whipped dream and a cherry.

What better way to celebrate the legacy of Prince, by watching the classic film, “Purple Rain.” Times Cinema will host screening of the film from April 26 – 28. The screenings will be at 9:30pm each night and tickets will cost $5.

The iconic Riverwest nightclub, Mad Planet will host a Prince Tribute on April 28. The cover for the event will be $5. From Mad Planet’s Facebook page:

Few musicians have ever existed who have had more of an impact on popular music than Prince and few have ever reached the iconic status that he had. For decades his music has influenced generations. Please join us Thursday, April 28 as we celebrate and pay tribute to the legend known as PRINCE.

Milwaukee’s  Shonn Hinton, Taurus Adams, Afton Johnson will honor the legacy of Prince with a performance of the entire Purple Rain album. The event is free.

Flannery’s on Wells st. will be celebrating the legacy of Prince on Friday, April 29 with a dance party including hits, b-sides, remixes and rarities. More info on the Facebook event page.