Google celebrates the architect who designed the U.S. Bank Center

Google celebrates the architect who designed the U.S. Bank Center 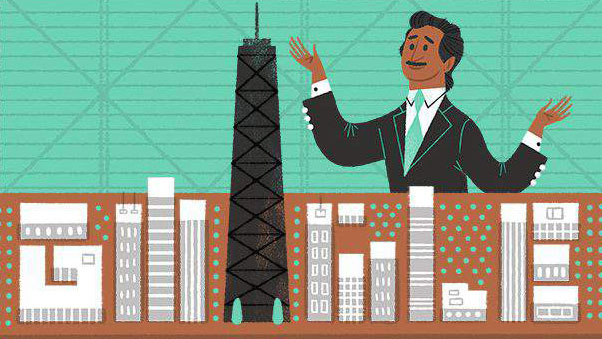 Today, Google celebrates the birthday of Fazlur Rahman Khan, who was an architect and engineer with a doodle.  He is best known as the designer of the Sears Tower now known as the Willis Tower.  The Willis Tower was the tallest building in the world until 1998.  He is known as the “father of tubular designs” for high-rises.

But did you know he was also the engineer for the Milwaukee’s U.S. Bank Center? The building was designed by Bruce Graham and James DeSefano of Skidmore, Owing & Merrill and engineered by Fazlur Khan. 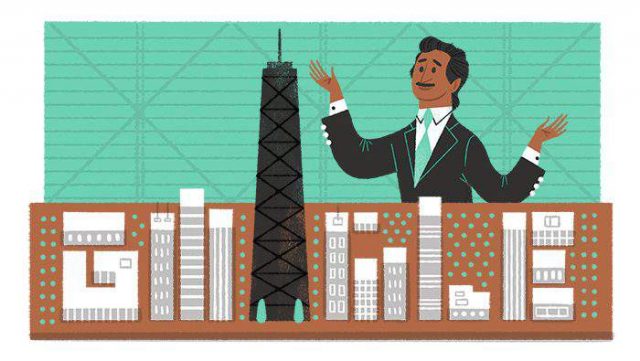 For the U.S. Bank Center, Khan developed an outrigger and belt truss system. According to CivilDigital.com, the system is one fo the lateral loads resisting system in which the external columns are tied to the central core wall with very stiff outriggers and belt truss at one or more levels. The purpose of this system is to reduce obstructed space compared to the conventional method. 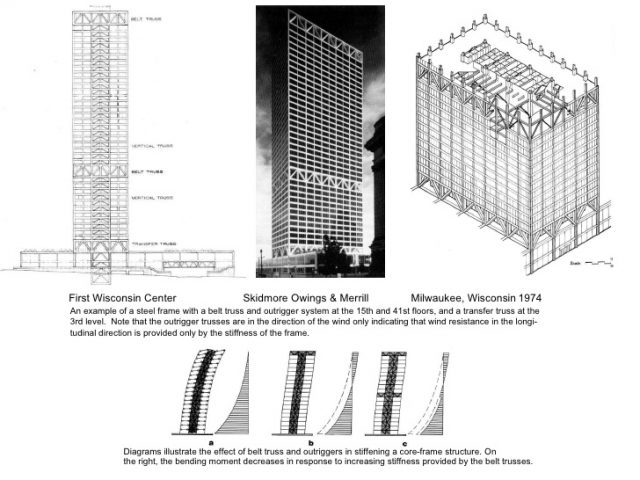 The U.S. Bank Center was the second building that Fazlur Khan used the outrigger and belt truss system. The first was the BHP House in Australia.

Using elements similar to those utilized in Khan’s previous work, the BHP House in Melbourne, the three diagonal belt trusses provide for a dramatic contrast with the vertical facade in serving both aesthetic and structural purposes. (via Wikipedia)