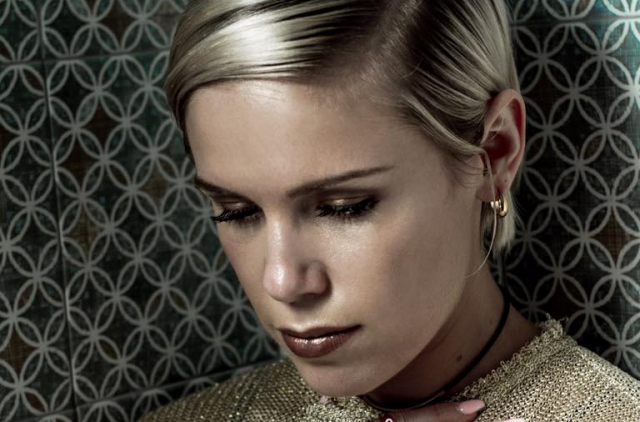 Milwaukee is a city on the move. Our skyline is changing, a streetcar is on the way, and neighborhood development projects abound. Capital is being invested to secure the economic future of the city. But how do you invest in the soul of a city?

One way is to ensure your city has a thriving culture scene. This is something 88Nine strives to do every day on the air and in the community. But it begins by exposing youth to the arts. In addition to more funding for school art programs and after-school activities, Milwaukee could use more all-ages venues.

Seeing an artist in person can be inspiring. However, when youth are able to engage with that artist, as well as other like-minded youth, the experience can be empowering.

Organizations like Artists Working in Education, Arts @ Large, Turnaround Arts, and FREESPACE are doing this work all over the city.

Now, you can add another program to that list. 88Nine is proud to host a new (free) music and arts incubator at its Walker’s Point studios, Grace Weber’s Music Lab, starting this Friday, March 31.

The program aims to motivate students to be themselves, nurture their talents, show them various career opportunities in the music industry, and build bridges between students from different backgrounds and high schools.

[Read below for more.]

Grace Weber’s Music Lab will bring in national and local music industry professionals to lead free master classes and workshops with Milwaukee-area high school students. It will run monthly at 88Nine’s studios and include an open mic.

“To me, the most amazing thing to feel as a young person is to feel noticed, to feel recognized for who you authentically are, and to be praised for that,” says Grace Weber, a Brooklyn-based singer-songwriter and Grammy certificate winner. 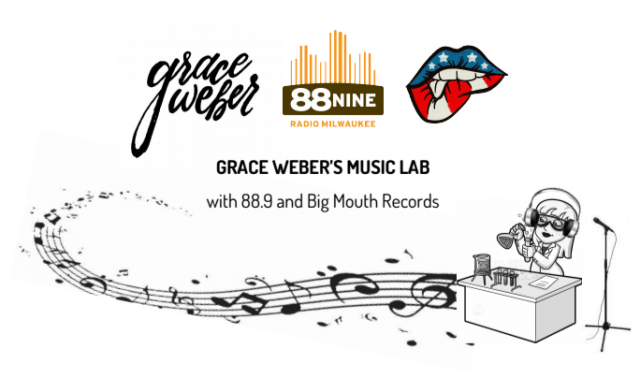 Growing up in Milwaukee, Weber took advantage of many artistic opportunities. She sang in city-wide choirs and performed in musicals.

While a student at Pius XI High School, Weber appeared on “Showtime at the Apollo” in Harlem. In her final year at NYU, she achieved widespread recognition following a performance on “The Oprah Winfrey Show.”

Weber has two records under her belt and is putting the finishing touches on her third. The new record is being produced by Nico Segal and Nate Fox of  The Social Experiment, a production team known for frequent collaborations with Chance the Rapper.

The idea for the Music Lab began percolating in Weber’s head when she became involved in the Miami-based YoungArts Foundation as a participant, an alumni representative and a volunteer.

In addition to YoungArts, the Open Mike series that Chance the Rapper helps runs in Chicago serves as an inspiration for the Music Lab. Another Chicago-based organization, Donda’s House, is a model for the kind arts incubator Weber is hoping to create.

“I live in New York and I work in Los Angeles, but Milwaukee is my home,” says Weber. “So if there’s anywhere I want to feel like I’m connecting with the community and giving back to the next generation of artists, it’s in Milwaukee.” 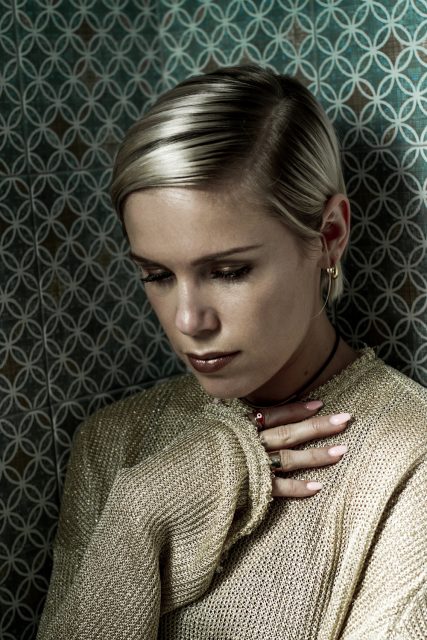 Weber has been spending more time than usual in Milwaukee working on her new record and visiting family. While sitting in the Stone Creek Coffee adjacent to 88Nine one day, a light-switch went off in her head.

“88Nine would be the perfect space for some sort of interactive program for high school students,” thought Weber.

Weber praised 88Nine’s work in the community and its focus on creating a more inclusive and engaged city. After a series of meetings, Grace Weber’s Music Lab was unveiled at its future home this January.

“The seeds were planted for this collaboration a long time ago,” said 88Nine Program Director Jordan Lee, who has known Weber since her early days as a musician. Lee went on to explain how the Music Lab is in sync with 88Nine’s mission of harnessing the power of music to foster a more harmonious and vibrant city.

The Music Lab will draw students from all over the metro Milwaukee area and hopes to collaborate with their teachers. One of those teachers was on hand at the Music Lab unveiling event — Grammy-nominated educator Erica Brietbarth of Ronald Reagan High School.

A goal of Ronald Reagan’s music program is to bring in as many music professionals as possible to expose their students to various opportunities and occupations. In the past five years, Reagan students applying to music institutes have had a 100% acceptance rate, while others have gone directly into a music industry career.

“Music brings students together. They bring their own cultural backgrounds to the table when they rub shoulders and collaborate on music,” said Brietbarth.

The Music Lab’s Executive Director and Weber’s manager Binta Niambi Brown echoed Brietbarth’s sentiment about the power of music to break down barriers.

So many different movements in music have helped us realize that we all have hearts that beat and brains that think. - Binta Niambi Brown 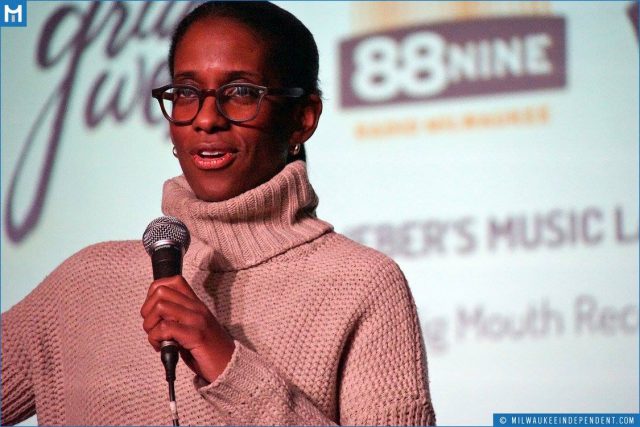 “So many different movements in music have helped us realize that we all have hearts that beat and brains that think,” said Brown, who is the CEO of Fermata Entertainment and Big Mouth Records.

The Music Lab not only hopes to accelerate the careers of future music industry professionals, but to better prepare students for any type of career. Brown herself spent years in the courtroom before her foray into the music business.

“The creativity I brought to my previous career as a corporate lawyer was a function of being a musician. Every aspect of my life has been shaped by an exposure to music and the arts,” Brown told the audience.

Weber and Brown are aware of the metro Milwaukee area’s particularly intense segregation and hope to chip away at it through their monthly series.

“One of the reasons that we’re doing this at 88Nine is because we want it to be a neutral place for all of our students,” said Brown. “So it’s not, ‘Oh, we’re doing it at this person’s high school or private school and they have this and that.’ Because it might create and perpetuate different forms of inequality. With the Music Lab the equality is apparent in the love of music and the love of learning.”

“My dream is that six months from now a band will be made up of kids from several different public and private schools, who met from coming and doing the open mic together, knowing that wouldn’t be possible without this program,” added Brown.

Each Music Lab will break down as follows: 30 to 45 education module, 15 minute break, 45 to 60 minute open mic (including poetry, spoken word, comedy, music and dance), 15 minute Q & A, 15 minute performance by a professional entertainer (curated by Weber in collaboration with 88Nine), and a period for students to hangout, network and build relationships.

The Music Lab’s online sign-up form has a feature that will inform the organizers where the students are coming from so they can maintain a balance of kids from around the city. They also plan to work with the organizers of FREESPACE to ensure that their programs are complimenting each other. There will be snacks provided by KIND brand and The Kimpton Journeyman Hotel will handle accommodation for out-of-town guests. 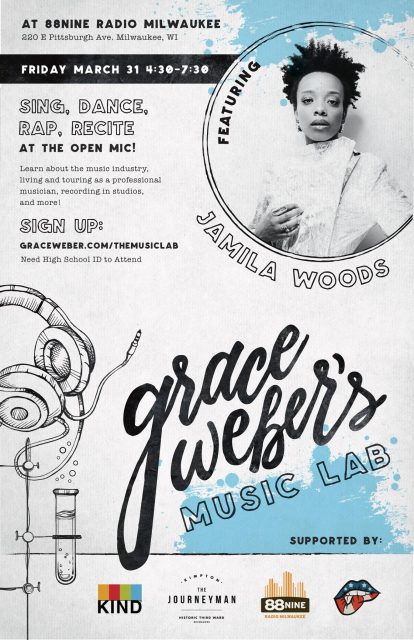 When asked about the possibility of replicating the Music Lab’s model around the country, Brown provided the following response.

“It is unquestionably scalable. But we want to start it in Milwaukee. It’s important for us to make an investment in this community with these kids. We think this is a special place.”

The Music Lab plans to channel the positive energy and momentum in the bubbling Milwaukee music scene. At the same time, the Music Lab aims to address Milwaukee’s unique racial, economic and social challenges by educating, inspiring and uniting Milwaukee-area youth.

In addition to the Music Lab, Grace Weber is supporting arts education in Milwaukee by participating in the city-wide Arte Para Todos benefit festival next month. Weber will make a special appearance at Company Brewing on Saturday, April 29, the day after the second Music Lab. Tickets and passes are now on sale for the festival (April 27 – 30). 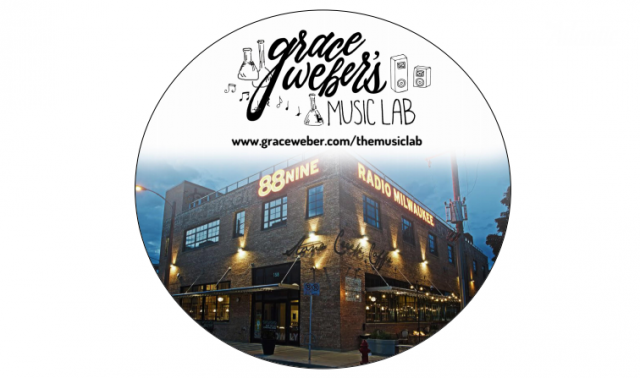