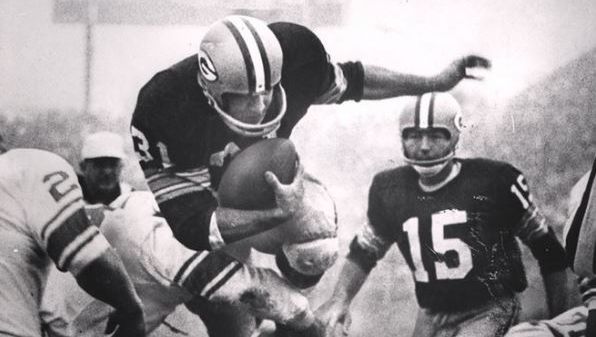 A century in the making, 100 Seasons is an epic, 16-month celebration of the Packers’ rich history, which will be capped by the franchise’s 100th birthday on Aug. 11, 2019. A wide variety of events and activities will kick off over the next several months, with fans and community members invited to join in the numerous festivities.

Beginning in June, Lambeau Field Live will take the Packers on the road. This traveling interactive exhibit on the past and present of Lambeau Field will visit five locations around the state: Summerfest, the Northern Wisconsin State Fair, EAA AirVenture, the Wisconsin State Fair and Taste of Madison. The exhibit will include a Packers Hall of Fame, alumni meet-and-greets and a virtual reality display.

Later in the summer, timed to coincide with the beginning of training camp, fans are invited to Lambeau Field for the Packers Experience festival. It will be a four-day, free fest for fans of all featuring live music, a replica team locker room, USA Football kids’ clinics, Packers alumni question-and-answer sessions, photo stations and prizes.

The Packers Experience will begin Thursday, July 26. Fans can join all the free festivities on:

The Packers Experience will also feature a theater playing a 12-minute excerpt from the new documentary, “Legacy: 100 Seasons of the Green Bay Packers.”

“Legacy” is a 10-part documentary series, featuring one- or two-hour films with each one dedicated to a decade of Packers history. The films will include never-before-seen footage and brand-new interviews with current and former players, telling the story of the Packers from the very beginning.

Additional portions of the documentary will be available on Packers.com and featured on game days this fall. “Legacy” will be completed in full in August of 2019, with the entire series available to view later in the fall of 2019.

A limited-edition 100 Seasons book will be published in 2019 and serve as a definitive history of the Packers. It will tell the story of the franchise from its birth in 1919 through the 2018 season and will include historic, engaging photographs.

The 100 Seasons celebration is now officially underway, with more information available on Packers.com/100 about each special event as the dates approach.

They're kicking off 16 months of events to honor this milestone

Ten decades have passed since the Green Bay Packers were first organized at a meeting in downtown Green Bay. Since that August day in 1919, the team’s enduring success has become one of the greatest stories in sports history.

Over the course of 100 years and 1,392 league games, the franchise has given fans plenty to celebrate, with 13 world championships, 25 Pro Football Hall of Famers and a beloved home, Lambeau Field. As the team embarks on its centennial season in 2018, the Packers are inviting fans to join the team in recognizing this historic milestone with their 100 Seasons celebration.